Going above the call of duty More than words: Insp Saravanan (pic, below) did a good deed of giving an elderly scrap collector some money while on patrol. The act captured in this screencap from a video uploaded to the Royal Malaysia Police Facebook page has been winning praise from Malaysians.

IPOH: The sight of an elderly man, huffing and puffing away on a tricycle with a load of recyclable items, was too much to bear for Insp G. Saravanan.

So, he asked his patrolling partner Sjn Asrul Shafawi Jamaluddin to make a U-turn and stopped the man, who was toiling under the hot sun, and handed him RM50. This was at 3pm last Friday.

“We had driven past him, but I could see that he looked exhausted,” said Insp Saravanan, 40, from the Kerian district police station.

He spoke briefly with the man and gave him the money “so that he could buy some food or whatever he needed”.

A brief video of the act was uploaded by the Royal Malaysia Police on its Facebook page on Saturday.

This led to Malaysians praising the policeman for his act of kindness.

When contacted, Insp Saravanan said he understood the man’s hardship.

“I know that a scrap collector can only earn between RM5 and RM10 from selling recyclable items.

“I told him that I respected his resolve to continue working even though he was a senior citizen. I also told him to take care of himself and he thanked me,” he added.

Insp Saravanan, who has been with the police force for 16 years, said he had previously sent a schoolboy home during a downpour in December last year.

“I was out on patrolling duty and I saw a man pushing his motorcycle under the rain with his son walking beside him,” he said.

So, he told the man that he would send his nine-year-old son home to avoid him falling sick from being drenched in the rain.

“The boy initially declined my offer as he feared he would dirty my car. I assured him that I could wash the car. He got in and I sent him home,” he said.

Insp Saravanan, who is part of a team monitoring compliance to Covid-19 safety procedures, also reminded people not to loiter around needlessly. 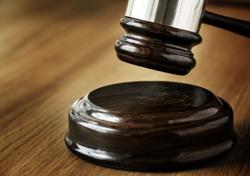