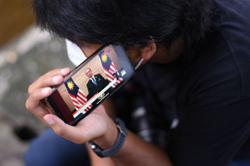 "Given the current situation, it's better not to rock the boat any more as the next general election is not that far off,'' he said.

He added it was also important for the Prime Minister to project political stability in the country, together with Covid-19 pandemic management.

Nizam Bashir said the onus was now on Ismail Sabri and his Cabinet to better manage the pandemic and ensure nothing is done haphazardly.

People's Legal Team founder Dinesh Muthal opined the new Cabinet was a mirror image of the previous one with the exception of a few new faces.

He said it was odd why some ministries had two deputies.

"Some ministries that are not performing due to the pandemic also have deputies, which is not necessary,'' said Dinesh.

However, Dinesh said he was pleased that Khairy Jamaluddin had been appointed as the Health Minister, adding there was high expectation of him.

"Hopefully, he will still be in charge of the National Covid-19 Immunisation Programme,'' said Dinesh.

Malaysian Centre for Constitutionalism and Human Rights (MCCHR) director Fahri Azzat said he hoped mistakes would not be repeated.

He said the country needed a major overhaul in its political landscape in both the ruling bloc and the Opposition.

"Political veterans from both sides must leave and young leaders must take their places with new ideas and approaches,'' said Fahri. 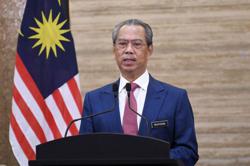