Using whatever is left to survive

By ASHLEY TANG and SIMON KHOO

PETALING JAYA: With the Covid-19 pandemic showing no signs of abating, many theme parks and tourism industry players have resorted to using their own reserves as well as cost-cutting measures to sustain their operations.

Malaysian Association of Amusement Theme Park and Family Attractions (Matfa) president Tan Sri Richard Koh said their members were already using whatever reserves they currently have to sustain themselves.

“All of us are just utilising whatever we have. We look at our reserves and allocate what we have to pay for workers’ salary, rent and bank loans. If that is all used up, then that is the end and we will have no choice but to close shop,” he said in an interview.

Koh noted that the industry was among the worst-hit, adding that they were also “the last to be allowed to resume operations”.

He said smaller Matfa members had lost between RM1mil and RM2mil since the lockdown began while the bigger players continued to lose millions of ringgit a month.

To cut cost, Koh said they had no choice but to retrench workers while those who remained had to take a pay cut or unpaid leave.

“There are so many issues to worry about and the help we are getting from the government is not forthcoming,” he said, adding that even state governments were still charging entertainment and licence fees.

Koh said the fees could come up to RM20,000 to RM30,000 per outlet, adding that their requests for an exemption had been rejected.

In a recent survey by MAH, it was estimated that the hotel industry had lost more than RM5bil in revenue in the first half of this year.

The report also pointed out that hotels had commenced manpower rationalisation from requesting employees to take unpaid leave, direct pay cuts and retrenchment.

Malaysian Association of Zoological Parks and Aquaria chairman Dr Kevin Lazarus said the situation was difficult as there had been no revenue coming in but their members were still trying their best to manage the situation.

He said private entities were forced to cut down on staff while government zoological parks were still able to sustain as they had their own operating budget from the government and contributions in kind from corporations, as well as certain government agencies.

“The Taiping Zoo and Night Safari has an operating budget for staff and other expenses.

“The workers are rotated on shifts so that we can cut down on overtime but still do all the necessary tasks,” he said.

Over at Deerland Park in Lanchang, Pahang, proprietor Abdullah Ahmad Mahmood said he had been using his savings to care for the deer, numbering over 100, since May.

“We were able to open for a short period earlier this year with a small number of visitors trickling in before a massive flood occurred and affected our operations again.

“Shortly after that, it was back to total lockdown until now,” he said, adding that RM10,000 was needed monthly to maintain the park.

Abdullah said he hoped that with more people getting vaccinated, the tourism sector would be allowed to resume operations to cater to local visitors, especially those from other states, while adhering to the standard operating procedure set by the authorities.

“If the present situation continues without any revenue or assistance, I may not be able to sustain my business,” he said.

In a recent post, Bukit Gambang Resort City in Kuantan said operations at its hotel and theme parks, including Safari Park, would be closed until further notice.

“Thank you for your support and our sincere regrets for the inconvenience caused. Do stay safe always and we look forward to welcoming everyone again soon,” it said.

In Ipoh, The Lost World of Tambun also posted on Facebook: “It might be stormy now, but have faith! This does not last forever.

“We need to keep fighting and stay hopeful as a nation. Our country, family and friends need us to be resilient during these trying times.

“We want you to #StaySafe #StayHome and #StayStrong. We will see brighter days ahead and play together very soon!” 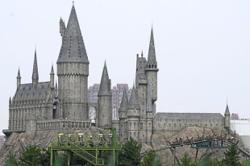