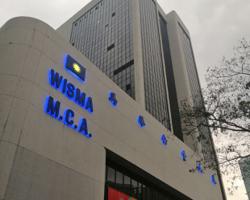 PETALING JAYA: To ensure political stability in the midst of the Covid-19 pandemic, MCA will support the Perikatan Nasional government until the next general election, says its political bureau.

During a meeting on Wednesday, the bureau said MCA had a duty to uphold the stand made collectively by Barisan Nasional last year.

“We have decided to stick to Barisan’s resolution and will give our full support to Perikatan until the next polls,” it said in a statement yesterday.

The MCA political bureau also said if the Perikatan government falls now, it could trigger another crisis at a time when the pandemic was at its height.

“The facts and reality are evident, not one party or coalition can form a stable government if the Perikatan government falls now.

“It will only drag the country into yet another deepened political crisis to the detriment of the people and the country,” it added.

The bureau said Prime Minister Tan Sri Muhyiddin Yassin made the right choice in saying he would table a confidence motion in Parliament to ascertain his position.

It added that the Yang di-Pertuan Agong had given his consent to the decision, and that the King had acted on the principles of parliamentary democracy and constitutional monarchy.

“We are still facing the pandemic and a sluggish economy.

“Political stability is key to protecting lives and livelihoods,” it said.

Separately, MCA urged the government to reopen the economic sector in stages, citing the successful rollout of the National Covid-19 Immunisation Programme.

The party said the current movement control order had not been effective in reducing the number of cases and that prolonging restrictions would only cause more distress to the people, who are already burdened by the economic fallout.

“A comprehensive approach to vaccinating the population still remains the best method,” it said.

On Wednesday, Muhyiddin said there was no need for him to resign as he had the support of a majority of the MPs and that he would prove it in the upcoming Parliament meeting next month. 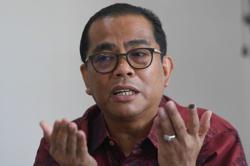 Muhyiddin: Bersatu will only work with other parties under Perikatan in GE15
Sabah STAR open to cooperation with any party, says Kitingan
Big challenge to find bumi businessmen willing to take up 51% equity, say freight forwarders’ associations
MCA: 51% bumi equity for freight forwarders against country's goals of creating pro-business environment
Dr Wee: Malaysia seeks to bolster cooperation with China to boost logistics sectors
PM hints of interstate travel within a few weeks
Federal Govt urged to push for reopening of border with Singapore
Construction worker killed after row with friend
Cops to come down hard on those flouting Home Surveillance Orders
Vaccination rate for university students at 73%, staff at 91%