“What saddens me is that, during the four days of the Parliament’s sitting (from July 26-29), the Opposition was insistent about playing politics while contributing nothing to the fight against Covid-19.

“What we need now is the government’s undivided commitment to ensure Malaysia is on the right path towards economic recovery while keeping the best interests of the people in mind.

“The Opposition must be courteous enough to allow the government to carry out this plan,” Jeffrey, who is Deputy Chief Minister, said in a statement on Thursday (Aug 5).

He said there are already almost 20,000 daily cases of Covid-19 detected in Malaysia as of Wednesday (Aug 4) and the numbers are projected to rise in the coming weeks.

Jeffrey, who is also Keningau MP, said Sabah STAR would remain steadfast in its support of Muhyiddin's leadership.

He added that as far as the party is concerned, Muhyiddin is still Prime Minister despite intense pressure on him to step down.

“Constitutionally, he is still the Prime Minister. Parliament will have the opportunity to determine his legitimacy (during the vote of confidence) in September.

“In the meantime, all of these claims that he is a traitor to the King are baseless, and frankly, extremely distracting at a time when we should all be working together to battle Covid-19,” he added. 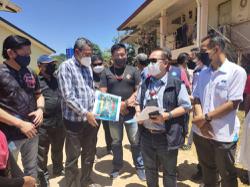