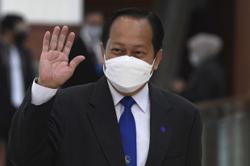 In a tweet Tuesday (Aug 3) night, the Umno secretary-general said it was not a difficult decision for him to sign the SD that was handed to the Yang di-Pertuan Agong.

“Either I follow the King's decree, uphold the Constitution and follow the party's decision that was made on July 7 or I support Muhyiddin and go against the party. Obviously, I choose the former,” he tweeted.

Earlier, at a press conference, Umno president Datuk Seri Ahmad Zahid Hamidi said there was an adequate number of SDs signed by Umno MPs who have retracted their support for Muhyiddin and the Perikatan Nasional government.

He also said he had presented some of the SDs to the Yang di-Pertuan Agong in a recent audience that he had sought.

"This shows that Muhyiddin's leadership has lost the majority and his legitimacy as the head of government is nullified," Ahmad Zahid said.

The Umno president's announcement comes as the latest blow to the Perikatan government, whose legitimacy is currently being disputed by Opposition MPs following the recent Royal rebuke on the revocation of the Emergency Ordinances.

Elaborating further, Ahmad Zahid said the Umno MPs who were present during the press conference were the ones who signed SDs to retract support for Muhyiddin as prime minister.

"For the purposes of legitimacy, together with me are the MPs who have signed SDs and there are a few MPs who could not be here because they are in their respective constituencies, for example, in Sabah."

He said he will present the remaining SDs, which he had acquired, to the Yang di-Pertuan Agong in an audience at a later date.

"I will present the remaining SDs in an audience with the King at a later date," he said briefly. 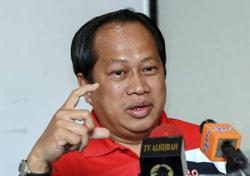