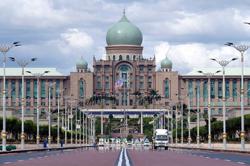 KOTA KINABALU: The Emergency Ordinances (EO) have technically not been revoked as there has been a failure to observe two key aspects; the functions of the Yang di-Pertuan Agong and the functions of Parliament, says the Sabah Law Society (SLS).

SLS president Roger Chin said it is of supreme importance that the EO be tabled and debated before Parliament to ensure that they do not remain in force until Feb 1 next year.

“The SLS is entirely in agreement with the statement by the King, namely that the provisions of Article 150(2B) read together with Article 150(3) of the Federal Constitution, provided that the power to promulgate and revoke Emergency Ordinances vest in His Majesty.

“The statement issued by the Yang di-Pertuan Agong on July 29, also stated that there had been an agreement to lay the Emergency Ordinances before Parliament to debate and decide whether or not to annul the same.

"This was entirely in line with Article 150(3) of the Federal Constitution. However, this was obviously not done.

“Simply put, merely informing the Yang di-Pertuan Agong of the Cabinet’s decision to revoke the EO as of July 21, does not actually make the EO revoked as at July 21.

“Even if the King may need to heed the advice of the Cabinet, the Cabinet still cannot unilaterally revoke the ordinances without first getting the King’s consent and thereafter gazette notification, which are all important parts of legal procedure.

“This breakdown in the rule of law is what disturbs the people of Malaysia,” Chin said in a statement on Monday (Aug 2).

He, therefore, stressed the need to get the EO tabled as the question of whether it was revoked or annulled by Parliament was crucial to ensure that the ordinances would not remain in force because according to Article 150(7) of the Federal Constitution, any ordinance promulgated during the emergency period may still be in effect for a period of six months, from the date on which the Emergency period is lifted (Aug 1).