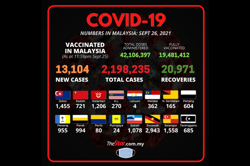 PUTRAJAYA: A total of 11 Covid-19 cases were detected in Parliament on Thursday (July 29), says the Health Ministry.

The first case involved an individual who has been on duty at Parliament from Monday (July 26) to Wednesday (July 28).

“The individual tested positive for Covid-19 on Thursday (July 29) via an RT-PCR test conducted at a health facility outside, after the person suffered from a cough and fever.

“A second positive case was discovered in Parliament after an individual conducted an RTK-Ag self-test on the morning of Thursday. The individual had suffered from coughs,” said Dr Noor Hisham in a statement on Friday (July 30).

Dr Noor Hisham said in the two cases, both individuals had tested negative for Covid-19 in the screenings conducted before the start of the current Parliament sitting.

“Based on early investigations, both individuals were found to have been at several locations in Parliament throughout the special sitting,” said Dr Noor Hisham.

“The Health Ministry then advised all of those present at Parliament from Monday (July 26) to undergo screening via RTK-Ag saliva tests,” he added.

Dr Noor Hisham said that a team from the ministry conducted a screening in Parliament on 1,183 individuals using RTK-Ag saliva test kits.

“From that screening session which ended at 8pm on Thursday, another nine positive cases were discovered,” added Dr Noor Hisham.

He also said that out of the 11 positive cases in Parliament, nine individuals had mild symptoms while the rest were asymptomatic.

Dr Noor Hisham then added that the ministry will conduct risk assessments and contact tracing activities following the discovery of the Covid-19 cases and that disinfection work will also be carried out at the Parliament building.

“Those who will be present at the special Parliament sitting next week are advised to conduct Covid-19 screening first. Those who are symptomatic are urged not to be present at Parliament,” said Dr Noor Hisham.

Prior to this, the ministry had discovered 56 positive cases from pre-Parliament screenings.

They include two MPs, six aides and 48 government officers who were not allowed to attend the current Parliament sitting. 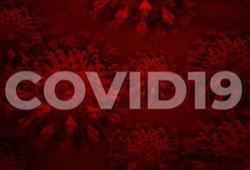 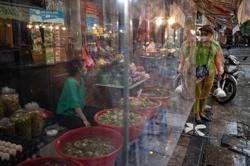