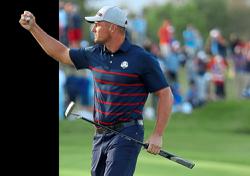 JOHOR BARU: It used to be a sprawling mall, in a prime location overlooking the Straits of Johor.

Lot 1, the five-storey mall better known as Water Front City, closed in 2003 after just three years in operation, and all efforts to revive it since have been in vain.

What’s left as a reminder of the once thriving mall is its open car park area, which has been turned into a yard for the Johor Baru City Council (MBJB) to store towed vehicles. Each day, dozens of cars are towed and stored here including some which have been vandalised or even cannibalised for spare parts.

At the height of its operations, the mall located along Persiaran Tun Sri Lanang in Kebun Merah had more than 400 shops with an occupancy rate of almost 90%.

The project, covering a 28ha site, was designed to transform Johor Baru into a world-class financial centre.

The project was at that time touted as one of the world’s largest single city developments by the sea.

It was expected to be completed over a span of 20 years, which included commercial and residential units. However, only the mall was constructed. Abandoned steel stilts are left idle till today.

MBJB mayor Datuk Adib Azahari Daud said that Lot 1 was among two abandoned malls which owed the council at least RM8mil in accumulated taxes to date.

“These buildings are privately-owned and any plans to revive them are the responsibility of the owners, guarantors or liquidators,” he said. MBJB had taken civil action against Lot 1 because there were owners who could not be traced and had issued notices to the owners to fix and repair the facade.

Businessman Chaw Yin Teck, 48, who had a camera shop in the mall, recalled the grand opening of the mall in 2000.

“It was on Merdeka Day and there were fireworks,” he said, adding that it being the nearest to the Johor Causeway, many were banking on Singaporeans to come over and shop.

Chaw’s business is presently affected since the border closure with Singapore last year.

“You could hear the waves crashing onto the structure when you come. But such strata investments are complex because a party intending to buy out a mall like this will need to liaise with owners individually.

“This is time-consuming especially when investors are not just locals but Singaporeans,” he said, adding that he had invested in a unit but cashed out before the place closed down.

He suggested that MBJB together with the Iskandar Regional Development Authority set up a task force to help coordinate efforts to revive such abandoned projects. 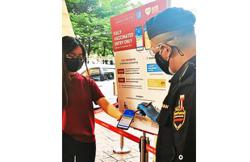 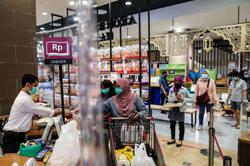