Experts: Don’t be too hasty in removing restrictions

PETALING JAYA: The immunity level in the community as well as hospitalisation admissions should be assessed first ahead of plans to relax Covid-19 guidelines for those who have been fully vaccinated, say health experts.

Prof Datuk Dr Awang Bulgiba Awang Mahmud, who is the head of the Independent Covid-19 Vaccination Advisory Committee, said it had always maintained that non-pharmaceutical interventions (NPIs) should remain in place until some degree of immunity level in the population had been demonstrated.

“We should not be too hasty in removing restrictions until we are sure that we are on the right track.

“Immunity after vaccination must be demonstrated as vaccination alone does not guarantee immunity, especially with the current variants of concern.

“So, removing restrictions for fully vaccinated persons without demonstrating that there is immunity would be unwise,” the Universiti Malaya epidemiologist said.

Dr Awang Bulgiba added that as tempting as it may be to implement relaxation of restrictions for fully vaccinated individuals to encourage more people to get vaccinated, these decisions should be driven by data.

He pointed out that if the desired effect had yet to be seen and without knowing the immunity level in the population, would be a risk of a rise in infections and deaths.

“Let’s not forget that the country is still struggling to deal with so many active cases.

“At the moment, the vaccination rate is uneven nationwide and cases are still rising in several states.

“The practical thing to do is to complete the vaccination as soon as possible to achieve some level of immunity in the population, while retaining NPIs to some degree and relaxing the restrictions carefully,” he said.

Dr Awang Bulgiba added that having good data and experts who could advise the authorities was also crucial.

On Saturday, Prime Minister Tan Sri Muhyiddin Yassin said the government was mulling allowing certain flexibilities such as social, sports and dine-in activities for those who had fully completed their vaccination.

Universiti Putra Malaysia medical epidemiologist Assoc Prof Dr Malina Osman advised that it would be better to wait until hospitals were no longer “overwhelmed”.

“If we can reduce a significant number of new infections and active cases, then I welcome the easing of restrictions,” she said.

However, Universiti Malaya professor of epidemiology and public health Dr Sanjay Rampal said it was a good idea to allow some relaxation of restrictions.

“The incentivisation of vaccination will help increase the rate even further. It is a better ‘carrot’ to get those who are hesitant to get vaccinated.

On a proposal to change the threshold indicators in the National Recovery Plan, Dr Sanjay said there were two good reasons to de-emphasise the daily reported cases in favour of intensive care unit capacity and death rates.

“Testing rates are now five times higher compared to Jan 1. With better testing, the system is likely to detect higher proportions of cases with no or mild symptoms.

“These cases do not pose a large burden on the healthcare system as those vaccinated have a lower risk of developing serious complications,” he said.

He cited the United Kingdom’s experience in having low hospital admissions despite having a large increase in cases.

Separately, Dr Awang Bulgiba said there were several factors that influenced death rates such as the number of cases, percentage of serious cases (Category Four or Five), virulence of variants, quality of care, how fast patients deteriorate and degree of population immunity levels.

“All these are linked. Quality of care is dependent on the burden on healthcare workers and facilities, and that influences death rates.

“It is also dependent on how fast patients deteriorate based on the virulence of the prevailing variants.

“To improve the quality of care, we need to bring down the number of active and serious cases. This can only be done by reducing disease transmission with higher immunity levels from vaccination,” he said. 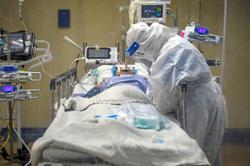 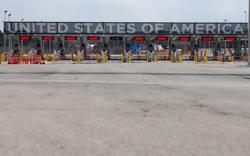