SEREMBAN (Bernama): Almost 200,000 prawn fries have been released by the Negri Sembilan Fisheries Department in rivers in the state so far involving a cost of RM28,310.

Its director Halimi Abu Hanip said the activity of releasing prawn fries in the rivers was done every year in a bid to increase the state’s fisheries resources including in Linggi, Rembau and Muar rivers, which are known as freshwater prawn habitats.

"While we aim to enrich and conserve the country's original freshwater resource heritage, the release of the fries was also aimed to benefit the locals, especially fishermen and anglers, as well as freshwater prawn fry producers impacted by Covid-19 through the purchase of the seeds by the department,” he told Bernama here, on Friday (July 23).

He said the programme also received the co-operation of the state Drainage and Irrigation Department.

Halimi said JPNS targeted at least 300,000 prawn fries being released in the waters of Negeri Sembilan this year to meet the encouraging demand, specifically for recreational fishing purposes.

Other than the prawns, he said JPNS has also been actively releasing fish fries, mostly of lampam, kelah, tapah, sebarau and baung, into the rivers and lakes in the state.

Meanwhile, Halimi also warned the public against using poison and electroshock to catch fish in the rivers as it could damage the ecosystem and resources.

Anyone caught for the offences could be fined a maximum of RM20,000 or two-year jail or both under the state’s River Fishing Methods 1976, he added.- Bernama 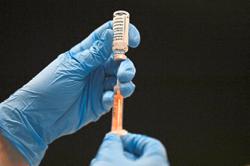