IPOH: With the recent alleged abuse of Bella, a 13-year-old girl with Down Syndrome, a non-governmental organisation - OrphanCare Foundation - reiterated its call for the importance of de-institutionalisation (DI).

The foundation’s chief executive officer Datin Paduka Che Asmah Ibrahim said they have been working endlessly towards the realisation of DI.

“DI means taking children out from institutions, and giving them proper homes with the love of a family.

“This is a much better way to grow for any child. No doubt an institution will provide shelter and food, but in terms of love, upbringing, education, environment and mental health, a home and family is where a child should be,” she said in an interview Thursday (July 22)

It was reported recently that Bella was found with burn marks on her chest, hand, neck and thighs, as well as other injuries.

Investigations showed that six other children stayed at the condominium unit in Wangsa Maju, which was being used as a welfare home where the victim resided.

Che Asmah said even though the Women, Family and Community Development Ministry and the Welfare Department support DI, sadly more children are being put into institutions rather than providing the family with proper help and care to look after their kids.

She said the foundation established in 2008, advocates and works towards giving children who are in institutions, and unplanned babies whose lives are at risk of abandonment, the opportunity to grow up in a loving family.

Che Asmah added the foundation works very hard to help children who are living in institutions to be back home with their families, or to be adopted by loving families for those without next of kin.

She said life in any institution is sad, as studies have shown that children living there have more negative impact on their growth.

Che Asmah added that with no personal care, and attention, more often than not, they are made to be the “face” of the institution to get more donations, or end up abused.

“The lack of ensuring their proper education and exposure to the real world is high, and most of them are cut off from the outside world, and at the age of 18 when they are made to leave the institution, most have trouble adjusting outside.

“This could possibly lead them to live on the streets, and to be involved in criminal activities, with many groomed by their seniors previously living in the same place.

“Thus to avoid this same cycle, OrphanCare is fighting an uphill battle to make the public see how important DI is to the future generation of this country,” she added.

Che Asmah said the government should assist in ensuring fewer orphanages are allowed to open.

She said help should be given to families so that they can stay together, and not by pulling them apart by putting the child away in an institution.

“Again we are appealing to the authorities to work closely with organisations that have proper legal operational structures.

“In OrphanCare for instance, we are working endlessly to support the government’s mission in giving the unfortunate children in Malaysia a better life,” she added. 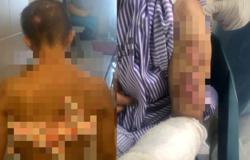 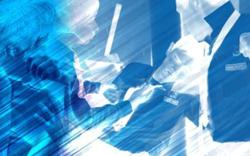