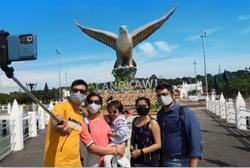 He paid the fine at the Kota Setar district Health Department upon receiving a compound notice from police on Sunday (July 18).

His special officer Helmi Khalid confirmed this, saying that a representative paid the fine for Muhammad Sanusi at noon.

Muhammad Sanusi was investigated for test-driving a pick-up truck at Juru Autocity, despite the movement control order that was in effect at the time.

The incident allegedly happened at 6.30pm on June 5, when Muhammad Sanusi was seen coming to the sales centre with two men in a Toyota Alphard supposedly belonging to Syarikat Air Darul Aman Sdn Bhd (Sada).

He later explained that the incident took place “by chance” when he was on his way to Kuala Lumpur for a meeting.

He said he had stopped to buy bread and water at a RM2 shop at Juru Auto City and chanced upon a Ford showroom next door and struck up a conversation with a salesman there.

He then took up the salesman’s offer to go on a short drive in the pick-up truck before leaving for Kuala Lumpur.

Kedah MB was buying food and not going for a test drive, claims aide 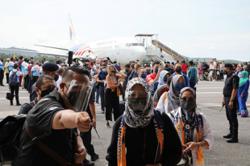 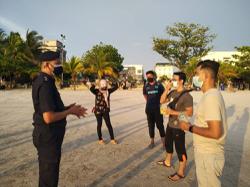