Judge Hendrik Steenhuis views the reconstructed wreckage of Malaysia Airlines Flight MH17, at the Gilze-Rijen military airbase, southern Netherlands, on May 26, 2021. He is the presiding judge in the Dutch trial for three Russians and a Ukrainian accused of involvement in the downing. – AFP

PUTRAJAYA (Bernama): July 17 marks the seventh anniversary of the downing of MH17, resulting in the tragic deaths of 298 passengers and crewmembers.

The foreign ministers of Australia, Belgium, Malaysia, the Netherlands, and Ukraine, whose countries comprise the Joint Investigation Team (JIT) on the incident issued a joint ministerial statement to mark the seventh anniversary of the tragedy.

"Our thoughts remain with those who perished on board, their families and loved ones. While nothing can bring back those who lost their lives, or diminish the anguish and grief suffered by the family members, it is imperative that we remain steadfast in our commitment to pursuing truth, justice and accountability," the ministers said in the joint statement.

They acknowledged the cooperation of their respective investigative agencies and reiterated their full support on the efforts to establish the truth of what happened.

The foreign ministers said they have full confidence in the independent, open and impartial criminal proceedings against the alleged perpetrators.

They also reiterated their deepest sympathies and condolences to the families and loved ones of the victims of the downing of Flight MH17.

Malaysia Airlines Flight MH17 from Amsterdam to Kuala Lumpur, went down over Eastern Ukraine on July 17, 2014. It is believed that the Boeing 777 was hit by a surface-to-air missile supplied to pro-Russian rebels in eastern Ukraine. – Bernama 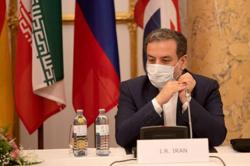