KJ: Daily vaccination rate surpasses that of Britain at its peak 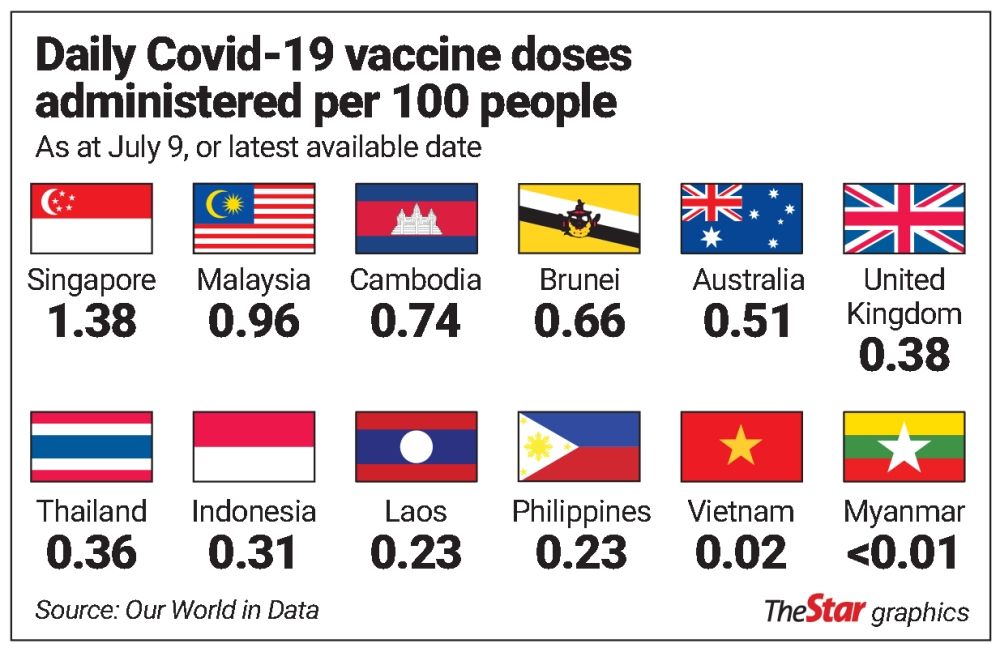 PETALING JAYA: Malaysia’s daily vaccination rate has surpassed that of the United Kingdom when it was at its highest, says Khairy Jamaluddin.

The Science, Innovation and Technology Minister who shared Our World in Data’s vaccination statistics on his social media, pointed out that Malaysia’s daily vaccination rate per 100 people had reached 0.96 on July 9, exceeding the United Kingdom’s highest rate of 0.89 which was recorded on March 19.

“Our vaccination rate has exceeded that of the UK when they were at their peak,” he said.

According to Our World in Data, Malaysia’s daily Covid-19 vaccination rate per 100 people has also been ranked second after Singapore among Asean countries.

The official data of Our World In Data is handled by Oxford Martin School, the University of Oxford and Global Change Data Lab.

It also revealed that Malaysia had been consistently at the second position above the United Kingdom since June 23.

The country will be receiving 14.4 million doses of Covid-19 vaccines this month, which will help further ramp up the National Immunisation Programme.

On Saturday, a total of 324,745 doses of Covid-19 vaccines were dispensed across the country, the sixth day running with over 300,000 jabs administered daily.

About 32.7% of the country’s adult population have received their first dose while 14.6% of these adults have been given two jabs.