MELAKA: Most of the hotel staff here have taken up part-time jobs in unrelated fields to make a living during the Covid-19 pandemic.

Malaysian Association of Hotels Melaka chapter secretary Jason Bak said when he called them up recently to find out their situation, they told him they were now lorry drivers, food delivery riders and factory workers.

"Almost half of former hotel employees are working as daily wage earners in factories.

"I was moved to tears hearing their stories," he said on Friday (June 25).

Bak said not many of his former colleagues were fortunate enough to be retained in the sector due to the impact of Covid-19.

"I am among the luckier ones but I feel sorry for those who have lost their jobs and had to take whatever work that was available," he said.

Bak said hotel executives and workers were among the worst affected with many forced to go on leave, take unpaid leave or be laid off.

He also predicted that more hotels in the state would be winding up because of cash flow issues.

"It will take some time for the industry to recover given the steep drop in room occupancy and demand for hotel services over the past two years.

"We call upon the government to prioritise vaccinations for hotel employees and offer more subsidies," he said, adding that banks and financial institutions should provide moratoriums to hotel owners on their outstanding loans.

Hoteliers: Hospitality industry, among the worst hit by pandemic, has lost RM11.3bil to date 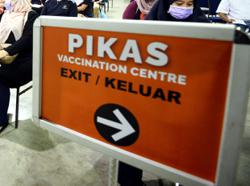