It’s part and parcel of the job, say delivery sisters 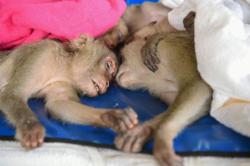 GEORGE TOWN: She catches the attention of every parcel receiver when she turns up in her sporty, black pickup truck.

Delivery woman Sabariah Sobri, 39, gets a daily dose of compliments with almost every package she delivers.

“It is hilarious, the way people react when I turn up outside their houses in my pickup truck.

“People are baffled, awestruck and curious. I have had funny encounters with people, though they are usually pleasant.

“Once, someone did not want to open their door because they thought I was a repossessor,” she said.

Sabariah remembers having to flee a dog after the residents at a house opened their electric gate and the canine came charging out.

“I leapt to the back of my pickup truck. Thinking back, I laugh at how quickly I jumped onto my truck, but I did suffer from a swollen ankle for two weeks,” she said.

Sabariah became a delivery woman last year after she was forced to shut her mini market in Batu Ferringhi because of the pandemic.

“My mini-mart was doing well as our main customers were tourists.

“Once the pandemic started, we had almost no customers at all. We closed the mart for a while and reopened it recently. There still isn’t much business, though,” she said.

Sabariah said she had first tried out part-time deliveries for a month.

“The first week was stressful and I was almost brought to tears learning the various routes and locations.

“Then I got the hang of it and now, it is something I honestly enjoy.

“I look forward to meeting new people,” she added.

Sabariah starts her day at 8.30am and finishes by 5pm or 6pm but there are days that this stretches to 8pm.

She also said that using a pickup truck does have its setbacks.

“When it rains, I must wait in covered parking places, but I have found a way around this problem. If it threatens to rain, I will change my route and deliver the parcels assigned to malls first.

“I drop them off and wait it out until the rain stops.”

Sabariah now has company in the form of her sister, Sabarida, 35, who since leaving the hotel line recently, decided to try being a delivery woman too.

“It is different from working in a hotel. You are tasked with delivering packages and just need to send them all out within that day,” said Sabarida, adding that she uses her car and hence manages only smaller parcels.

“People are kind. The moment they see a woman dropping the parcel off, they come out to help carry it,” she said.

Sabarida, who has three sons aged between 11 and 14, said her children think the job is cool and are eager to hear stories about her deliveries when she gets home.

She is surprised to find that people getting deliveries never expect a delivery woman.

“It is empowering to be able to do what people think of as a man’s job.

“We have children and we teach them that this is a good, honest living,” she said. 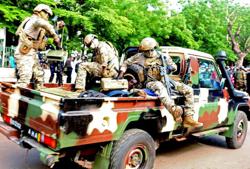