NILAI: A 48-year-old driver and a 28-year-old attendant were killed when their lorry crashed along KM283.6 of the North South Expressway near here on Saturday (June 19), says Nilai OCPD Supt Mohd Fazley Ab Rahman.

N.Vasutheven and his attendant R. Mohan Raj were transporting poultry from here to Perak when the lorry ploughed into the guardrail along the highway and crashed into a pillar after losing control at about 3am. 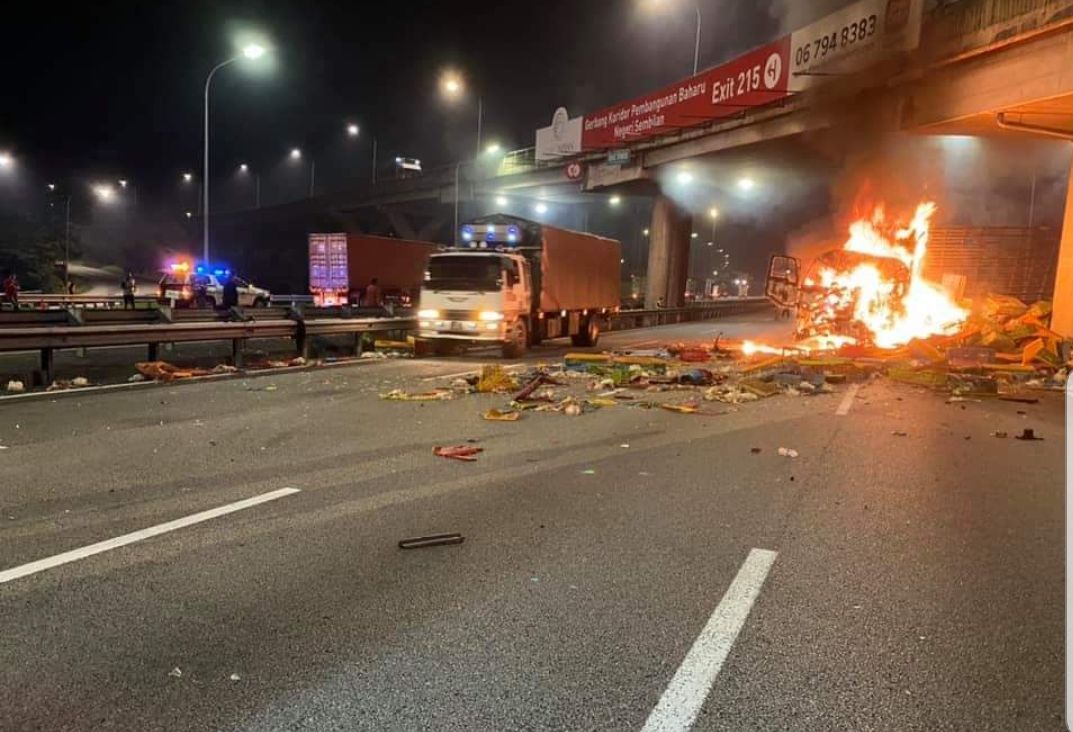 Supt Mohd Fazley said motorists managed to pull Vasutheven from the burning lorry but Mohan Raj was trapped and was burnt to death.

He added that Vasutheven's 16-year-old son was also in the lorry but managed to get out of the vehicle on his own.

"Although the driver was initially saved, he died a short while later due to severe head injuries," he said, adding that the case is being probed under Section 41(1) of the Road Transport Act 1987. 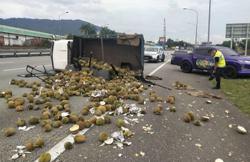 Manhunt on for Covid-19 patient who fled while being taken to quarantine centre in Likas
Covid-19: Number of deaths equals previous high of 207
Cops issue compound notice to Tajuddin for not wearing face mask at Parliament
Police nab 465 people for various SOP violations
Twenty-seven localities in Sabah among others to be placed under EMCO
Hisham takes over role of providing daily updates on SOP compliance and enforcement
JDT football club announces partnership with Aston Martin Asia
No disciplinary action to be taken against contract doctors over protest, says Health Minister
Rapid KL apologises over 'open door' incident of LRT Kelana Jaya line train
Speaker denies getting more requests of seat changes in Dewan Rakyat