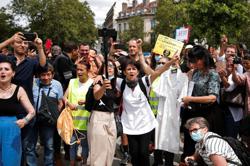 PETALING JAYA: Stranded due to the lockdown, a senior citizen found refuge at a police headquarters after concerned police officers got word of her predicament.

“The bus that she was in was already heading to Kuala Lumpur but she was supposed to alight in Bentong, so the driver dropped her off by the roadside along the Karak highway.

“A member of the public spotted her alone and brought her to a nearby petrol station.

“We were then informed of her predicament. A police team was sent there to meet her after we managed to contact her by phone,” he said when contacted.

The woman has been identified as Yew Siew Poh, 62, according to a Facebook posting by Bentong police.

Supt Zaiham said initially, they planned to find her a hotel but Bandar Bentong was still under enhanced MCO.

He said the next option was to provide her refuge at the police district headquarters.

“We have an area for those in transit but I felt that it was not proper. So we had an internal discussion and set up a room in our Police Family Association house for her to stay temporarily. The space is normally used by new recruits before they are assigned a permanent home.

“She told us she didn’t want to eat but we still provided some food for her,” he said.

Supt Zaiham said when police came back to check on her in the morning, she had left.

They later learnt that she had rented a small room.

“I dispatched an Amanita (Women Peace Police Squad) team to find her. She is doing fine and is safe in her new accommodation which cost RM200 a month.

“To be honest, we were more than willing to let her stay with us for as long as she wanted, it was not an issue. Maybe, she felt a bit serba salah (guilty),” he said.

Word of the good deed spread online following a Facebook post by the Bentong police. Social activist Kuan Chee Heng re-shared it on his page.

“The video was actually for our own records. But when it reached ‘Uncle Kentang’ (Kuan), the reaction grew.

“It’s not like we were actively seeking publicity but if others shared it, all I can say is thank you very much,” Supt Zaiham said.

On his Facebook page, Kuan applauded the selfless act.

“They treated her like their own mother and bought her drinks and food as well. The auntie called me and cried, thanking the police for helping her and treating her with love,” he said. 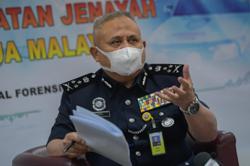 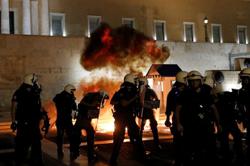