KUANTAN: The Regent of Pahang has recommended a halt to mining activities in the Tasik Chini area.

Comptroller of the Pahang Sultan's Household Datuk Ahmad Khirrizal Ab Rahman said Tengku Hassanal had seen reports and photos on social media of mining activities in the area and wanted to look at the situation himself.

"His Highness also read the report presented by the Pahang Mentri Besar on the mining activities and the rehabilitation and conservation efforts that have been undertaken by the state government.

"His Highness agrees with the state government's measure of not issuing any new approvals since 2019," Ahmad Khirrizal said in a statement on Monday (June 14).

He added that Tengku Hassanal decreed that the state government, together with the Federal Government, take several measures under their own jurisdictions, among which was to defend Tasik Chini's Unesco Biosphere Reserve status.

"His Highness is concerned and will always monitor the efforts of the state government to ensure the environment in Pahang is protected.

"His Highness urged all parties to always practice good environmental, social and governance principles so that today's natural treasures will remain and can be enjoyed by the next generation," said Ahmad Khirrizal.

Tengku Hassanal, he said, recommended for mining activities in the Tasik Chini area to be stopped and the former mines rehabilitated with the planting of suitable forest trees.

The Regent also called for the existing 4, 600ha of the Chini Forest Reserve to be expanded to 6, 000ha to 7, 000ha to protect the flora and fauna of the Tasik Chini area.

Tasik Chini should also be given priority in financial and sustainable development allocation by the Tourism, Arts and Culture Ministry, as well as the Environment and Water Ministry, said Ahmad Khirrizal in conveying Tengku Hassanal's decree.

Tengku Hassanal said conservation and rehabilitation activities that were being implemented by the state government with the cooperation of the Federal Government should be enhanced.

The Regent added that enforcement activities should be empowered and carried out in an integrated manner and periodically with state and federal enforcement agencies.

"Thus, His Highness decrees that it is the role of all parties, regardless of background, whether it is the government, private sector, non-governmental organisation, including the local residents, to take care of the Tasik Chini area so that the beauty of the flora and fauna, as well as the Orang Asli settlements nearby, are preserved," said Ahmad Khirrizal. 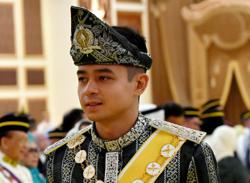