“On behalf of the board and the workforce of Prasarana, we apologise to the country as well as to our passengers for this incident” said acting Prasarana group president and CEO Datin Norlia Noah.

“We are saddened by this incident that has put a blemish on the Kelana Jaya line’s clean record for the past 23 years and accept with an open heart the preliminary findings of the report presented, ” said Norlia in a statement yesterday.

On May 24, two trains – an off-service train driven manually and another carrying passengers running in fully-automated mode – collided head-on in the tunnel between the Kampung Baru and KLCC stations.

An incident investigation committee chaired by the Transport Ministry’s secretary-general Datuk Isham Ishak completed its report and handed this to the Cabinet on June 9.

The committee concluded that several factors had led to the accident, among which was the failure of clear communication between the driver or hostler of the off-service train and the operations control centre before the passenger-carrying train was released from the KLCC station.

The committee’s report also listed 23 areas of rectification or concern for systemic improvement, which the Transport Ministry will audit its progress.

In line with the five proposals for improvement to be carried out over the next three months, Prasarana, said Norllia, had taken several steps related to the security system, operations, staffing, and rail maintenance to firm up the standard operating procedures for the fully automated LRT system.

“These steps are on top of international standards and existing SOP.

“We are reviewing on a comprehensive basis the structure, process and compliance to safety, access to the track, communications protocol and others so that the measures for improvement over the short term can be implemented, ” she added. 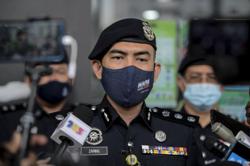 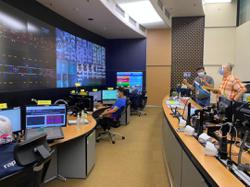