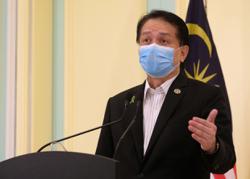 PUTRAJAYA: The Health Ministry has discovered another 23 new Covid-19 infections in the country with links to two variants of concern (VOC).

Health director-general Tan Sri Dr Noor Hisham Abdullah said the findings were based on genomic surveillance conducted by the ministry between June 3 and June 8.

“Of the 23 VOC cases, 19 contain the Beta variant (B.1351). Eight of the cases were reported in Selangor, while three were detected in Putrajaya. Kuala Lumpur, Melaka, Perak, Perlis and Kedah have a case each.

“Another four cases contain the Delta variant (B.1.617.2). The cases were recorded in Putrajaya and Kuala Lumpur, ” said Dr Noor Hisham in a statement on Thursday (June 10).

As of June 9, the ministry has discovered 145 cases involving VOCs in the country.

A majority of the VOC cases -123 cases to date - are those from the Beta variant.

So far, all 123 Beta variant cases in Malaysia are locally transmitted.

The Beta variant was first detected in South Africa, while the Delta variant or the Indian variant has so far been found in 13 cases in Malaysia, of which eight are imported while three are locally transmitted.

The Alpha variant (B.1.1.7) is the strain that was first found in Britain.

So far, Malaysia has detected nine cases of the Alpha variant in five imported infections and four local transmissions.

Dr Noor Hisham also said there are 16 cases in Malaysia that contain variants of interest (VOI).

Of the 16 cases, 12 are from the Theta variant (P.3) - a strain that was first identified in the Philippines.

All of the Theta variant cases are locally transmitted.

Another three cases have been linked to the Eta variant (B.1525) from Nigeria, while one case is related to the Kappa variant (B.1.617.1) from India.

Cases from both the Eta and Kappa variant so far are all imported infections. 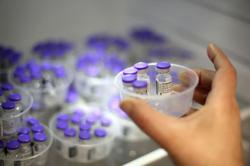