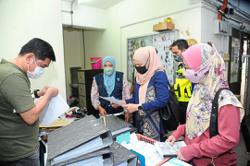 IPOH: The Covid-19 standard operating procedure compliance rate in Perak for the past two weeks is at 96%, says Comm Datuk Mior Faridalathrash Wahid.

The Perak police chief said in addition to the compliance rate, police had also issued a total of 117 compound notices on Friday (June 4).

“From the total, at least five compound notices were issued for attempts to travel inter-district and interstate, ” he said when contacted on Saturday (June 5).

A check at several main roads in Ipoh also showed less traffic with many shops closed due to the current movement control order nationwide lockdown.

Comm Mior Faridalathrash said since the implementation of the lockdown and enhanced MCO in several places, police have added more roadblocks in several areas.

“We previously had about 60 roadblocks placed across the state. Starting for today, we have added another 12 roadblocks.

“There are about 21 roads that have been permanently blocked as they are located at the borders between districts and states.

“In addition to the roadblocks, we have added 111 police officers to monitor the SOP compliance in the state, ” he said.

On May 25, Senior Minister Datuk Seri Ismail Sabri Yaakob said Bagan Serai sub-district will be placed under the enhanced MCO until June 9 following 53 positive cases from 144 tested out.

For Parit Buntar, it will end on June 10 and Bandar Seri Seri Manjunng on June 11. 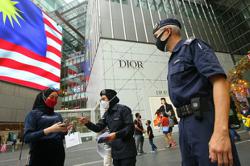