PETALING JAYA: While many conservation programmes have been launched this past year, there are still many activities in Malaysia which lead to deforestation and pollution, say environment groups.

Malaysian Nature Society (MNS) president Prof Dr Ahmad Ismail said he was happy that many campaigns in relation to environmental protection were launched in the past year.

“The campaigns included educating and managing our forests and keeping our environment clean and safe.

“For instance, the government has committed to the five-year programme to plant 100 million trees with some corporations and NGOs, including MNS, who already responded by planting trees, ” he said in conjunction with World Environment Day today.

“However, that did not stop the irresponsible parties from doing harm to the environment.

“(We need more) collaboration between the state and federal governments in managing protected forest reserves and proper planning for development to consider all after-effects conditions, ” he added.

Prof Ahmad also urged Malaysians to play their part in protecting the Earth.

“The theme of the year is ‘Ecosystem Restoration’ and we hope to educate and create awareness among the public on greening the Earth.

“Many face masks were not well managed and contaminated our aquatic ecosystems and ended up in the ocean, putting marine life under threat, ” he said, adding that the public should not waste food as it would contribute to rising greenhouse gases in the atmosphere.

“The United Nations Environment Programme estimates that by 2030, the world will require 40% more water, 50% more food and 40% more energy.

“We will definitely be confronted with more environmental damage and the impact of climate change exacerbated by human activities driven by corporations to meet these demands, ” she said.

She noted that there were many community-driven activities in restoring the ecosystem.

“Communities have also been vigilant in reporting environmental crimes and pollution.

“We have also seen the emergence of many campaigns organised by various groups, such as fighting destructive and polluting projects, demanding environmental and social justice to uphold their rights, ” she said.

“Our forest is one of the richest and oldest in the world, rich in biodiversity but now Malaysia is one of the countries with the worst deforestation.

“It is important to have good and healthy surroundings as it can lead to a happy society, ” she said. 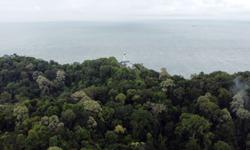