Unconventional till the end

HE was the man always dressed in black. Tan Sri Lim Kok Wing rarely embraced convention and he believed in breaking rules and setting new trends. As the founder of LimKokWing University, he leaves a legacy of higher education for us.

Depending on who you speak to, the country’s best known advertising guru was either a genius, slave driver, philanthropist, opportunist, dictator or teddy bear.

He had his share of admirers and nemeses. Ultimately, he was just a corporate leader in business, which made him like any one of us.

But Lim has deservingly earned his place in our country’s history. No living Malaysian has a university named after him.

He remains the only Malaysian to have set up universities in Africa and other parts of the world.

LimKokWing is present in Botswana, Sierra Leone, Eswatini, Lesotho, Namibia and Uganda, and he was planning to add Zambia, Rwanda, Nigeria and South Africa to his list.

Investing in Africa has never been easy, and no businessman is brave enough to risk it, but he did because he believed education would change lives.

He had to deal with lecturers who wanted life-time jobs since many had never heard of contracts.

As if that wasn’t enough, he also had to contend with regular changes in policies when governments changed.

Lim could easily have walked away from all of this and spared himself the hassle, yet he kept investing more.

Long before TVET (Technical and Vocational Education and Training) became a buzzword, he had already introduced the concept in Africa, starting with the Botswana campus in 2015.

Not common knowledge to many Malaysians, Lim’s love for Africa began when he was asked to help the African National Congress run its first general election in South Africa.

ANC party leaders were freedom fighters. To the white government then, they were just terrorists, and the ANC had no experience entering a democratic election either.

Soon, Lim packed up and journeyed to South Africa with an incredible mission – to ensure the ANC won big in the elections.

Lim’s important role in working with Mandela led the ANC to a historic victory, which ended 300 years of minority rule in South Africa in May 1994. Sadly, this achievement likely won’t make it into our textbooks, let alone our history books.

In the run-up to the ANC campaign, Lim produced 60 tonnes of billboards and posters for display across the country. He campaigned with ANC leaders, including Mandela.

Lim designed the election poster, which showed the faces of young Africans and argued his reason for including at least two Caucasian teenagers, even if this irked some hardcore ANC leaders.

Adding insult to injury for them was being “told off” by a Malaysian.

On a few occasions, Mandela had to intervene to tell his supporters that Lim could easily “shut shop and go home” if tensions remained high, but he assured his people that Lim knew what he was doing and was willing to work things out.

But the road to redemption for Lim was a long and winding one.

To kick things off unceremoniously, the posters couldn’t be printed in South Africa because printers were mostly owned by Caucasians.

And posters of Mandela were either taken down by irate Caucasians or blacks who wanted them as keepsake, so it was a struggle to maintain their appearance.

The billboards and posters were eventually made in Malaysia from funding by Malaysian businessmen, and then sent to South Africa on a charter flight from Kuala Lumpur.

He prided himself for playing a pivotal role in ending apartheid in South Africa. You can call Lim a variety of things, but a racist he definitely was not.

Of all the stories and anecdotes he has shared with me, he is proudest of his involvement in South Africa and the setting up of the campuses in that sub continent.

Last year, he asked me to consider writing a book about his legacy, saying he was already 75-years old and concerned about his memory failing him.

The university had also just turned 30, which isn’t bad for a founder who only had Form 5 education, he believed.

The campus in Cyberjaya has thousands of students from more than 160 nations, making it look like a microcosm of the United Nations.

While Lim was never an easy person to work with, we had a good relationship because both of us had a love for Africa, and we enjoyed sharing tales of our journeys. And like me, he started his career from the newsroom.

He was a crime reporter and later became a cartoonist at the now defunct Eastern Sun, and he loved headlines and slogans, like the legendary copywriter and advertising man he was.

Lim had created famous catch phrases for campaigns, including Rakan Muda, Tak Nak, Malaysia Boleh and many more. Like it or not, they are engrained in our psyche.

Lim never knew how to stop working. His staff, which included those from his advertising days, kept receiving instructions from him when he was admitted to the hospital following his fall.

Complications then began to set in, and his last message to me was on May 20, 4.44pm, when he texted to say he was in the Intensive Care Unit and that he “lacked oxygen. Bad.”

But he fought his ailment like the fighter he always was.

Up until last month, he was still talking about campaigns to help the poor and needy, insisting they must be done on a global and international scale.

It has been an incredible journey for someone raised in a poor family in Pudu, KL, and who went on to make immeasurable difference, and always in the most unconventional way.

His graduation ceremonies are unlike those in other institutions, which are mostly formal and stiff.

Every ceremony ends with Josh Groban’s You Raise Me Up sung by his students, who would deliver speeches to thank their parents.

Lim wanted his graduates to be people with heart and grateful to their parents, and not mere wage earners and success stories.

Rest in peace, Tan Sri Lim Kok Wing, you have made a world of difference and touched many hearts in your celebrated life.

Tributes and condolences pour in for Lim Kok Wing 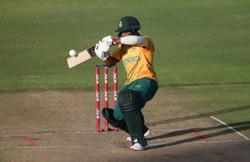