Majority of road users at Gombak roadblock had permission to travel, says OCPD 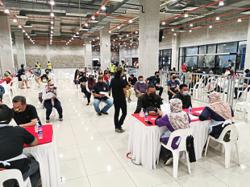 GOMBAK: Almost all motorists who went through the roadblock near the Gombak toll plaza on Saturday (May 29) morning had valid reasons and permission to travel inter-state.

Gombak OCPD Asst Comm Arifai Tarawe said the number of vehicles was at its peak between 9am and noon and it caused a 1km to 2km crawl near the Gombak toll plaza.

Social media users had uploaded the image of the congestion online, alleging that the motorists were escaping the Klang Valley before the full lockdown starts on Tuesday (June 1).

"The assumption is not true as so far, the majority of the motorists had valid reasons and permission to travel," he said.

However, police did instruct 14 motorists to turn back as they did not have valid reasons to travel, ACP Arifai said.

"Some had police permits but the reasons given were unconvincing and unreliable.

"For example, there was a couple who had police permits to travel to Pahang for their own wedding but there was no mention of when the wedding would take place and they failed to provide additional proof. We told them to turn back.

"Another individual was travelling to see his wife as long distance couples are permitted. However, he was travelling with another person, where by right he was supposed to be travelling alone. He was also told to turn back," he added.

ACP Arifai - who was at the scene to oversee operations - said traffic was smooth by about 1pm.

"We only allow those to travel inter-state due various reasons including emergency, work, medical reasons and long-distance couples," he added.

ACP Arifai said he would monitor the situation.

"We hope the public can refrain from going out if they have no urgent reasons to do so. Our aim is to curb the spread of Covid-19," he added.

On the coming full lockdown on Tuesday, ACP Arifai said Gombak police will increase roadblocks and compliance team operations in the district.

"We will step up operations in accordance with the full lockdown," he said. 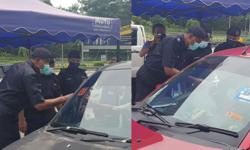