KEPALA BATAS: Penang DAP lawmaker Soon Lip Chee is in hot water after a picture of him dining-in at a hawker centre went viral on social media.

North Seberang Prai OCPD Asst Comm Noorzainy Mohd Noor said he was aware of the matter and said that an investigation is being carried out whether the Soon had violated the standard operating procedure (SOP) by dining in at the hawker centre.

"We are in the midst of investigating the matter; the politician will be called to provide a statement on the matter on Wednesday (May 26) evening," he said when contacted.

The Bagan Jermal assemblyman, however, denied that he had violated the SOP and said the photos that went viral were only to promote the famous "yau char kwai" (Chinese crullers) at Sin Tat Garden Food Court in his constituency of Bagan Jermal.

He said it has been a routine for him to post famous hawker food in his constituency on his Facebook page.

"I was not eating there, you can see it on my Facebook, I was there to help promote the stall only," he said. 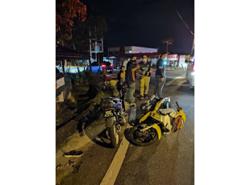 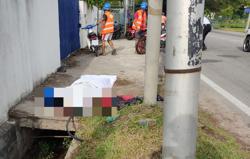