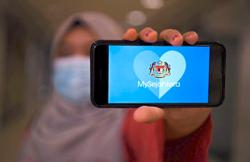 PETALING JAYA: It is impractical to enforce a two-hour limit for shoppers inside a mall, said the Malaysia Shopping Malls Association.

While it agreed that limiting the time shoppers spent would help enhance movement control in current circumstances, it said mall management personnel have no control of where shoppers visit and are unable to keep track of their movements.

“The only practical way is to put up signs at the entrance and common areas and to advise businesses to do similarly at their premises plus announcements (where applicable) to remind shoppers.

“Apart from this, we say that it is neither practical for anyone to stop a shopper asking to check his/her MySejahtera to audit the time of entry nor do we have the authority to do so. In the event enforcement authorities were to undertake this, it would be akin to a ‘police state’.

“The onus would be on shoppers to discipline themselves to the two-hour limit and not for malls to enforce, ” it said in a statement on Sunday (May 23).

Earlier, Domestic Trade and Consumer Affairs Minister Datuk Seri Alexander Nanta Linggi said shoppers would only be allowed to remain on the premises for a maximum of two hours under the tightened SOPs.

Nanta said the ministry will mobilise 2,262 enforcement officers nationwide to ensure SOP compliance at all premises involved in trade, retail, distribution and restaurants.

The association said it was totally opposed to any attempt to penalise the mall and retailers for such misdemeanours.

It added that since the outbreak of the pandemic in 2020, car parking records have shown that shoppers are already spending one to one and a half hours shorter than the previous average of three hours.

“Thus, this is already below the targeted two-hour limit. Business premises within the mall are already controlling their capacity, limiting this to 4sq m per person and the maximum capacity numbers must be displayed at the entrances.

“Once this is fulfilled, we opine it should be sufficient crowd control, ” they said.

The association said that it is not practical for such business outlets to monitor and check the shopping time duration of their customers.

It added that in shopping malls, it is not practical to count and limit the number of shoppers in the mall at any one time because shoppers come in from multiple entrances and will be dispersed to the business outlets.

“These numbers of shoppers to malls are perpetually transient as they arrive and depart at any time. In any case, there is no longer any occasion where shoppers can congregate at the common areas as events, exhibitions, promotion activities are now all not permitted.

“It is relevant to note that the natural capacity of the number of shoppers in a mall is limited by the number of car bays available, ” it said.

The association said the number of bays provided is based on the Town Planning Rules of one bay per 40 sq m and the number of passengers in a car is now limited to three.

It added that the number of people coming by public transport is not significant.

“So we are of the opinion that limiting the numbers in a business/tenant’s premises suffices and that counting the number of people within the mall is not practical and impossible to be carried out sensibly.

“We do acknowledge that the authorities are aiming for tighter control but again, such measures must both be practical and doable, otherwise it does not serve the objective and we reiterate that we are here to work together to find practical solutions, ” the association added. 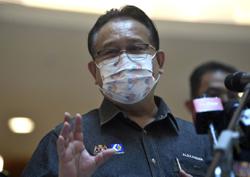