This year’s Haj hopefuls glad to get their vaccine jabs

JOHOR BARU: Malaysian pilgrims selected to perform the haj this year have expressed their gratitude after receiving their first dose of their Covid-19 vaccine.

They said that they now felt safer and were more confident in making the spiritual journey to fulfil the fifth pillar of Islam.

Clerk Mohamad Ardani Senawi, 58, and his wife, who arrived as early as 7am for their vaccination, were very relieved to have received their first dose and hoped to perform the haj smoothly.

“My wife and I were very worried about the virus but at the same time, we really wanted to perform the haj. Now, we feel more confident and safe as the vaccine shots help to increase our immunity against the virus.

“So far, there are no side effects from the jab, ” he told reporters at the vaccination centre at the Taman Adda Height Hall here yesterday.

Housewife Rukiah Tukimon, 58, said the community, especially pilgrims, needed to get rid of their fear of getting vaccinated as this was one of the measures to fight the pandemic as well as maintain their health and safety.

“I’m thankful to be one of the selected pilgrims as I’ve been waiting for this opportunity since last year and I really hope to go there.

“Now that I’ve been vaccinated, I feel relieved and very thankful because not everyone gets to be vaccinated early. I realise many more are still waiting for their turn.

“Honestly, there is no fear because I had been ready since last year. I had always prayed to be the first to receive this vaccine. As Muslims, we do not have to fear and leave it to Allah, ” she said.

Salbiah Mustapha, 51, who admitted to feeling fearful and anxious, said this disappeared after receiving her first dose.

She said she would now encourage her friends to do the same, especially those who would be performing the haj.

About 600 prospective pilgrims in Johor were expected to receive their vaccine jabs starting yesterday.

On May 3, Minister in the Prime Minister’s Department Datuk Seri Dr Zulkifli Mohamad Al-Bakri said Malaysian pilgrims selected to perform the haj this year would be given the Pfizer-BioNTech and AstraZeneca vaccines, which were recognised by the government of Saudi Arabia. — Bernama 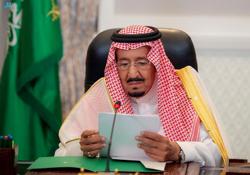