JITRA: While others his age may take things easy, septuagenarian Mejar (Rtd) Dr Nor Ibrahim Sulaiman’s (pic) deep love for the country’s past keeps him busy writing history books, one after another.

History buffs out there may be familiar with Mejar Nor Ibrahim’s blog, which he started in 2009, where he shares some historical accounts, especially those related to the struggles of our national heroes.

It was thus understandable that he decided to write at length on the Baling Talks in his fifth book, which was published in April.

others, particularly on historical events that have shaped the country into what it is now.

“Indeed, I do not deny that historical reading materials are quite heavy and less popular for a large group of people, especially the younger generation.

“But I would feel guilty if I don’t share what I know.

“Another factor as to why I am willing to sacrifice time and money (to write a book) is because I want to give a different view on what happened behind the scenes, before a certain event, such as the meeting (of the Baling Talks) that took place, ” he said.

After years of gathering information on the Baling Talks, his book on the historical event titled Liku-Liku Pertemuan Baling, was finally published by Dewan Bahasa dan Pustaka.

“I do not use the term ‘rundingan Baling’ (as the title of the book) because for me there was no direct negotiation.

“Both sides, Tunku Abdul Rahman Putra Al-Haj and Chin Peng, did not budge from their respective objectives, ” said the former Nuri pilot.

“Tunku, from the beginning, said the purpose of his meeting with Chin Peng was to explain the conditions of the amnesty under which the communists would surrender, and firmly stated that he would not recognise the Communist Party of Malaya (CPM) at all.

“On the other hand, Chin Peng insisted that the government recognise the CPM, and that they would not give up and would continue their struggle to the last drop of blood. they just wouldn’t surrender; it didn’t matter even if Malaya had gained its independence, ” he added.

Mejar Nor Ibrahim said he also intended to contribute his work to the National Archives and state libraries, as he found that the materials on the topic were relatively lacking.

“When I wanted to find more information about the Baling Talks, I asked for help from friends abroad, and thankfully they were willing to help, ” he said.

In the book’s foreword, Pahang State Museum Fellow Prof Datuk Dr Ramlah Adam said that the writer managed to record history as a treasure and heritage of the nation, and his writing should be emulated by history buffs regardless of their age. — Bernama 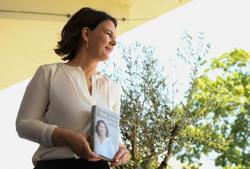 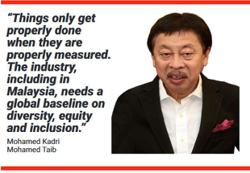