Going places: Workers busy making the ketupat palas at Kampung Bukit Gading in Tanah Merah, Kelantan, to meet the Raya orders even beyond the state. — Bernama

TANAH MERAH: A charitable woman here started a frozen ketupat palas business to provide jobs to the poor but it has turned out to be very popular and lucrative.

The 49-year-old Dapur Ramadan Founder said frozen ketupat palas made by asnaf (those eligible for tithe) from Kampung Bukit Gading here focuses on orders outside Kelantan, with 90% shipped to Kuala Lumpur, Johor and Pahang.

Fondly known as Kak Na, Zarina started the business for charity and to provide job opportunities to the asnaf group.

It all changed when it received overwhelming response from the public as Aidilfitri drew closer.

“All the workers are women from the asnaf group, aged 30 to 60. We started accepting orders since February, and we make about 4,000 to 5,000 pieces of ketupat palas a day.

“During Ramadan month, the demand is higher and we produce 10,000 pieces per day. Since 2018, we have produced almost two million frozen ketupat palas, ” she said.

From the early days, Zarina had focused on marketing the products outside Kelantan so that other communities could enjoy the traditional festive food.

Zarina said it was a recipe shared by one of her employees, which was later enhanced for better taste and quality.

at Dapur Ramadan to buy household appliances such as washing machine and refrigerator.

“Through this scheme, for those who wish to purchase a product, I will go and buy it first. Then, I will deduct RM10 from their daily salary until it is fully paid. The employees are paid daily based on their speed and efficiency, ” she said. 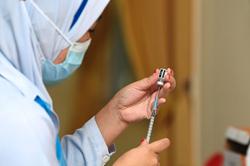 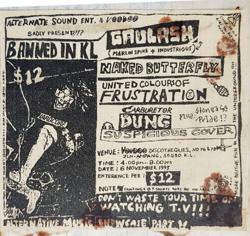