‘Virus is in the community’

Patiently waiting: Residents living near Kg Baru Balakong queueing to get a free swab test at a multipurpose hall. Mass screening is necessary to detect infection in the community. — IZZRAFIQ ALIAS/The Star

PETALING JAYA: With the increase in sporadic cases in the community, health experts have suggested that the public practise strict adherence to the standard operating procedures and observe a self-imposed strict lockdown for the weeks to come.

“A lot of people are asymptomatic; they do not know they are carrying the virus and spread it to their friends, colleagues or family members. The infection is only picked up when one of them presents with symptoms, ” he said.

Dr Zamberi said the only prevention is to strictly comply with the SOP as well as conduct mass detection of infection in the community so that positive cases can be isolated.

“We have to do screening tests at hotspots where you’re bound to find those who are positive.

“From there, those carrying the virus would know if they need to isolate themselves, ” he said.

“The number of clusters is decreasing, but there are now many sporadic cases among Malaysians, ” he said at a press conference on Saturday.

“Due to poor SOP adherence, some of those individuals may be unaware that they are exposed to the infection and subsequently spread the infection to others, ” she said.

Dr Malina highly encouraged that the public strictly adhere to SOP and never mock procedures to prevent infection in the community.

“They should also get vaccinated as scheduled, ” she said.

She recommended that the public practise voluntary lockdown at least for a period of two weeks to drive down cases.

“All of us have a responsibility to defend our healthcare system and prevent it from collapsing, ” she said.

Universiti Malaya epidemiologist Prof Datuk Dr Awang Bulgiba Awang, however, suggested that it would probably require six weeks of a very strict lockdown to bring the numbers down.

“I do not have the data but if newer variants have an infectious period longer than two weeks, and they are spreading in the community, it would certainly take longer than six weeks to bring the numbers down, ” he said.

He suggested that the spread in sporadic cases in the country is getting more serious due to reduced contact tracing among clusters detected by the Health Ministry in January.

“This caused cases to increase, leading to an eventual flare-up of new sporadic infections again after an apparent lull. This will continue unless all these cases are found and isolated, ” he said.

He urged that the directive be rescinded and that all contacts of cases need to be traced, tested and isolated.

“The Ministry of Health has reiterated that we are not in the mitigation phase so the rationale for the directive is questionable as the consequences of such a directive is predictable, ” he added.

“This is a massive exercise as the numbers are very high now, thus the burden of contact tracing will be correspondingly high.”

Dr Awang Bulgiba pointed out that if every infected case has five contacts, 1,000 daily cases will have 5,000 contacts to trace, test, isolate and follow up on a daily basis.

“This will balloon to 50,000 contacts over a period of just 10 days so it is unreasonable to expect the current Health Ministry personnel to cope with this.

“Hence, the Health Ministry should seek help from NGOs and other government agencies or statutory bodies to help out, ” Dr Awang Bulgiba suggested.

Malaysian Medical Association president Professor Datuk Dr Subramaniam Muniandy said when community transmissions are too widespread, a number of the index cases cannot be traced and targeted screening should be imposed to check on the prevalence.

“Screening with RTK Antigen test kits will be effective in getting an idea of true community spread.

“We now have HIDE (Hotspots Identification for Dynamic Engagement) and together with MySejahtera, they can be useful tools to identify emerging hotspots to be screened, ” he said.

Dr Subramaniam warned that the public must ensure they do not let their guard down.

“People should also work from home where possible to reduce risk of exposure, ” he said.

“Reducing the number of people on public transportation and other typically crowded areas can help reduce community transmission and sporadic cases from emerging.” 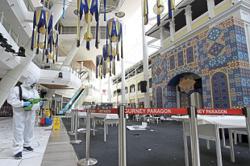 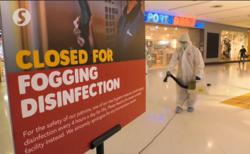