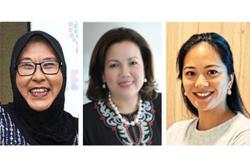 PETALING JAYA: The number of self-employed individuals who contributed to the Social Security Organisation (Socso) doubled from 71,000 in 2019 to 142,000 now.

"This surge is the result of the government's recognition of the role of those who are self-employed, including gig workers facing the Covid-19 pandemic," it said in a statement on Saturday (May 8).

Socso said this recognition by the government, with the support of the Finance Ministry through various stimulus packages, enabled them to devise three contribution-matching self-employed social protection programmes.

Socso also said the NEC also supported and endorsed Socso's plans to expand social security protection coverage to other self-employed groups through several joint initiatives such as the Transport Ministry or worker's associations like the Fisheries Development Authority of Malaysia and Persatuan Seniman Malaysia.

"Socso's target is to protect 200,000 active workers from the self-employed category by the end of this year," it said.

It added that to strengthen the social protection framework for self-employed individuals, Socso and the Human Resources Ministry planned to amend the Employment Insurance System Act, which will provide protection in the event jobs are lost or incomes are affected.

"Self-employed individuals who lose their jobs or incomes will also be given access to employment services through the MYFutureJobs portal and active labour market programmes under Socso that will help them to reduce unemployment, as well as to enhance their careers," it said.

Sosco also said it welcomed the NEC's decision to expand the UP Career programme more aggressively with a wider target to help improve the socio-economy of the poor and the hardcore urban poor group.

Socso noted that this programme will be promoted in major cities nationwide, starting in July.

For the long-term unemployed identified in the UP Career programme, Sosco said they would also implement a special intervention programme for individuals to undergo a special programme to increase their marketability.

"About 7,000 to 10,000 worker placements are expected to be produced through this Kerjaya UP programme nationwide," it said.