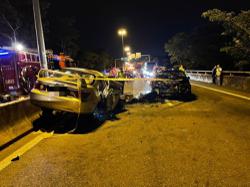 BUTTERWORTH: Four traffic policemen went the extra mile when they helped to push a stalled factory bus near Jalan Telaga Mas here on Tuesday (May 4) evening.

The factory bus stopped at the traffic light when it experienced engine problems and was unable to start.

Seeing the stalled bus, the four traffic policemen helped to push the factory bus to the side of the road to prevent traffic congestion at the traffic light.

Despite the incessant rain, the four cops went beyond their official duties and took the initiative to ensure smooth traffic flow.

A photo of their effort was uploaded on Facebook and was highly praised by many.

North Seberang Prai OCPD Asst Comm Noorzainy Mohd Noor said he always encouraged his men to go beyond their duty to help people who are in need of help.

"Our job is not only to protect the public from crime, but also to help people who are in need of help no matter what," he said when contacted. 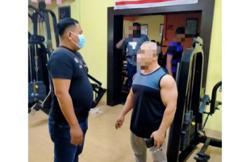