PETALING JAYA: Restaurant operators are appealing to the government not to completely ban dining-in under the latest round of movement control order (MCO 3.0), arguing that the minimum of two customers per table should be allowed to help them cope with expenses.

“We are already suffering for 14 months and this MCO 3.0 will lead to worse impact.

“This will result in the closing of many outlets permanently, and operators can't even meet their basic needs for their employees and themselves.

“A minimum seating of two customers per table will at least enable them to support daily management expenses," said Suresh, who noted that clear communication of guidelines for the MCO should be given as a lot of unverified information is being circulated on social media.

“Since the first MCO last year, many restaurants were affected by the decision not to allow dining-in.

“Once allowed to operate, even with a limited number (of diners), restaurant operators could heave a sigh of relief as they could run their businesses as usual, even with sharply reduced income, ” he said in a statement.

However, he stressed that restaurant operators and customers must adhere to the SOP to curb Covid-19 infection in the country.

PPMM, he added, also called on the government to prioritise vaccination to restaurant workers and make it the main condition to enable restaurant operations in future.

The government announced on Tuesday (May 4) that six districts in Selangor will be placed under the MCO from May 6 to 17, while Kuala Lumpur will undergo the same from May 7 to 20.

Several localities in Johor, Perak and Terengganu were also placed under the MCO, while several other areas in Perak, Melaka and Sabah came under the enhanced MCO, from May 7 to 20.

Among the restrictions are no inter-district travel in the areas, and no dining in allowed for restaurants, while food stalls can only offer takeaways from 6am to midnight. 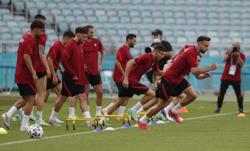 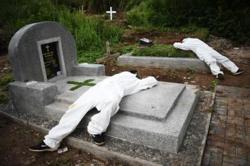