KAJANG: Six local men have been detained in connection with the assault on a foreigner near a shop at Taman Alam Jaya, Batu 9 Cheras, here.

"Five of them have been remanded for a day while another was released on Monday night itself after his statement was recorded.

"We are still investigating the matter," he said when contacted on Tuesday (May 4).

It was reported that police were tracking down a group of men who allegedly assaulted a foreigner in Kajang.

"The incident involved a foreign man who was assaulted by a group of local men known as Yusuf Azmi, Abang Ali and several of their followers.

"The incident is clearly a form of criminal intimidation which can be investigated under Section 147 of the Penal Code," he said. 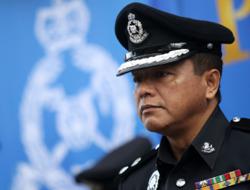