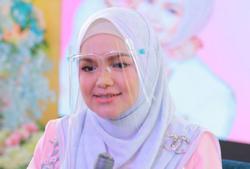 KUALA LUMPUR: Police have opened an investigation into the tahnik ceremony for the second child of popular singer Datuk Seri Siti Nurhaliza.

In a statement Monday (May 3), Ampang Jaya OCPD Asst Comm Mohamad Farouk Eshak said police detected an article from a news portal on the dissatisfaction of social media users over the tahnik ceremony which was held at the celebrity's residence at Bukit Antarabangsa here.

"Several pictures were also posted with the article showing the attendance of a number of VVIPs and a renowned religious preacher.

"The article also stated that the VVIPs and preacher attended the ceremony without police permits for interstate travel as they stay outside of Selangor," he said.

He added that the article also claimed that the ceremony was conducted without complying with standard operating procedures (SOP).

"We have also received a report on the issue and investigations are ongoing under Rule 19 of the Prevention and Control of Infectious Diseases Regulations 2021.

"The organiser of the ceremony has been identified and called to have a statement recorded," he said, urging the public to be sensitive and comply with SOPs during any activities.

He also advised the public to refrain from speculating on the case as investigations were still being carried out.

It was reported that the singer and her husband denied claims that the tahnik ceremony for their second child breached Covid-19 SOPs.

In a joint statement, Siti Nurhaliza and Datuk Seri Khalid Mohamad Jiwa explained that the presence of a celebrity preacher did not involve any form of interstate travel.

"Instead, the individual agreed to attend as he was coincidentally in Kuala Lumpur when the ceremony was held," they said in the statement on Monday (May 3). 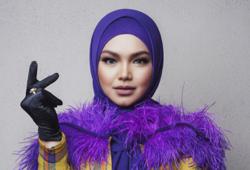