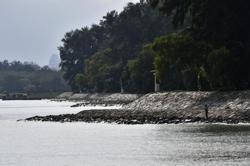 KOTA KINABALU: Public apathy and weariness from the long, drawn-out fight against Covid-19 has Sabah’s infection figures rising and dipping over the last few months.

Health experts believe that fatigued members of the public are dropping their guard against the continuing threat that is now seeing rising numbers in the east coast, particularly the south-eastern Tawau district.

“It’s everyone’s responsibility to ensure the SOP is followed, ” he said when asked about Sabah’s unpredictable Covid-19 figures that have often been described as a “yo-yo”.

“Most cases arise because of people neglecting the SOP. Is it on purpose? Lack of information or lack of awareness?” he said.

In Tawau, where healthcare manpower has been stretched thin since April 3, Dr Mohd Yusof said there was the possibility that a virulent mutated variant was now on the loose.

“We have no news on the new strain. Hopefully, the health ministry will update us, ” he added.

Other medical observers agreed that standard operating procedure (SOP) compliance was an important factor in curbing the spread of the novel coronavirus.

“As in any problem, it takes two to tango and in the Covid-19 issue, more than two – the public, government, politicians and other stakeholders.

“The public certainly can do more, but decisive, well-planned, pre-emptive and efficiently executed policies as well as harnessing the best brains by the government can have monumental impact, ” said a medical practitioner who requested anonymity.

It was his belief that Sabah never really managed to contain the pandemic as total restrictions were lifted too early for schools and gatherings, among others, he added.

Sabah became the epicentre of the nation’s third wave when daily Covid-19 cases hit four-digit figures after the Sept 26 snap state election last year, but it was down to double digits by March this year.

Medical teams from other districts have been roped in to help ease the situation.

Tawau and its neighbouring districts of Lahad Datu and Sandakan are under the movement control order while the rest of the state has been put under the conditional MCO after it was downgraded from the recovery MCO last week. 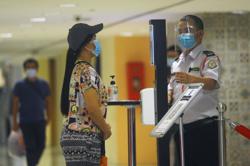