PUTRAJAYA: The land lease for SMK Convent Bukit Nanas, which is slated to expire on Sept 6, has been extended by 60 years, says the Prime Minister's Office (PMO).

The PMO said the permission was given specifically for education purposes only.

"The government looked into the application by the Convent Bukit Nanas' board to extend the land lease where the school is located.

"After reviewing the matter and taking into consideration the school's contribution towards national education since 1899, the government has agreed for the lease to be extended by 60 years," the PMO in a statement on Thursday (April 22).

It said that the Chief Secretary to the Government, along with the Federal Territories Land and Mines (PPTGWP) director, had met with Lady Superior of the Society, Sister Theresa Chua Siu Yan, who represented the school board.

"Both parties agreed with the proposed solution.

"With this, it is hoped that Convent Bukit Nanas will continue to thrive and record success in producing human capital of high quality," said the PMO.

The 122-year-old mission school is currently operated by its owners under the school board Lady Superior of the Society of Saint Maur.

On April 7, the corporate entity operating CBN, Lady Superior of the Society of Saint Maur, was granted leave for a judicial review to challenge the government's decision not to extend the land lease.

The school had written to the Land Office on Oct 4, 2017, to seek an extension of the lease. On Dec 18 last year, it received a reply that it would not be renewed.

The lease was due to expire on Sept 6 this year and the school sought a stay against the decision.

The all-girls school, started in 1899 by nuns of the Sisters of the Holy Infant Jesus, is located along Jalan Bukit Nanas here.

Federal Territories Land and Mines Office director Datuk Muhammad Yasir Yahya had earlier said CBN's land lease would not be renewed in order for it to revert to the government, so that the convent can be gazetted as a fully-aided school.

He claimed this was to ensure CBN enjoyed all the benefits it needed once it became a fully-aided school.

The all-girls school, established in 1899 by nuns of the Sisters of the Holy Infant Jesus, an institute dedicated to the education and training of underprivileged children and the betterment of their lives. 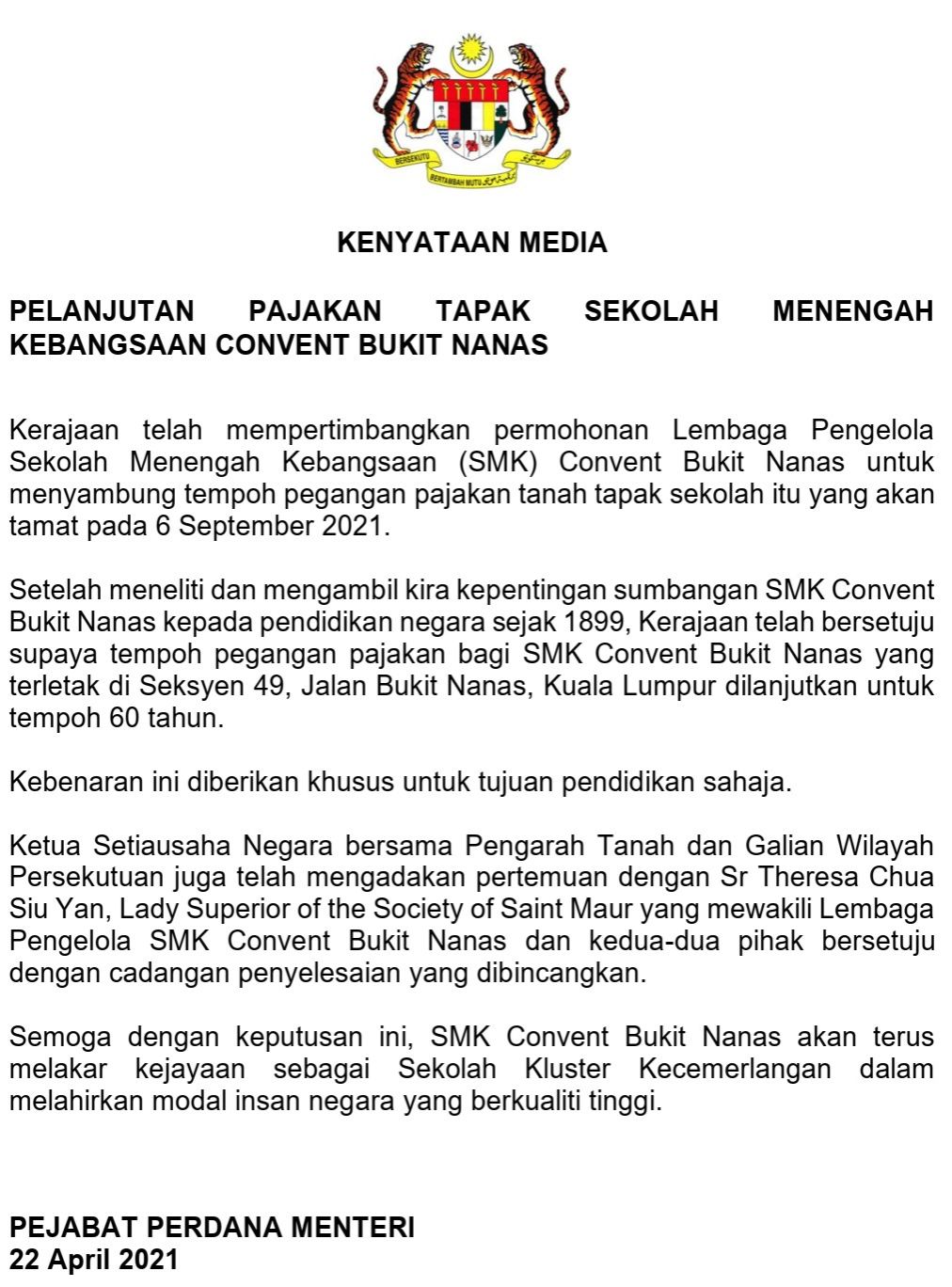 SET SAIL ON YOUR NEXT ADVENTURE