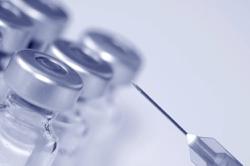 LABUAN: With just two days to go before phase two of the National Covid-19 Immunisation Programme begins, the Labuan vaccination committee has gone full swing in its preparations for the exercise.

Three vaccination centres are all set to receive the 27,000 people targeted under phase two, which is for people aged 60 and above, vulnerable groups with comorbidities as well as persons with disabilities.

He said the multipurpose hall was expected to be fully utilised, with at least five channels to be opened for the exercise.

“One channel in the multipurpose hall has the capacity to inoculate 90 individuals per day, and we expect 450 people to receive the vaccine every day.

“If there is an urgent need, we will open five more channels in the hall to expedite the vaccination process, which will start simultaneously with the national-level exercise, ” he said.

Rithuan said the vaccination exercise in Labuan had been well received.

“We hope to expedite the vaccination exercise as currently the number of people registered (via the MySejahtera app) for vaccination stands at 40% of Labuan’s population of 103,000.

“Our committee members are working non-stop in their bid to get as many as possible to receive the vaccine through various campaigns, ” he said.

The vaccination campaign, he added, has been expanded to all the five Ramadan bazaar sites and tithe (zakat) collection counters.

He said five mobile healthcare personnel will soon be going house to house to vaccinate senior citizens and people with disabilities.

Labuan has vaccinated all its 2,340 frontliners as of yesterday, with the remaining second layer to receive the vaccine in stages. — Bernama