JOHOR BARU: Malaysians who have already received both vaccine doses are keeping their fingers crossed for a quarantine-free travel bubble and that the Malaysia-Singapore border would open up soon.

“Since both countries have rolled out their vaccination programmes, I hope the borders can open by this year, ” said Dr Tan Hui Zhen, 29, who used to cross the border once every two months for her favourite Japanese food.

She got her first vaccine injection on March 10 and the second dose on March 31.

Dr Tan said she is hoping that talk of a vaccine passport would become a reality.

“It makes sense as a vaccine passport would give those who have received their full vaccination more freedom because it will be pointless to have to be quarantined after getting inoculated when we travel, ” she said.

Dr Tan added she believes that a Covid-19 vaccine passport could help revive Johor’s economy as businesses in the state, especially in the city, depended on visitors from the Island Republic.

“This is a reality because of our geographical location. I am sad to see businesses in Johor Baru not doing well during the pandemic.

“One of my favourite seafood restaurants in Taman Pelangi has closed down because of the border closure, ” she said.

Mohamad Nazaruddin Ahmad Zainuddin, an operations officer stationed at the Larkin Fire and Rescue Department, said he hopes the government would draw up a standard operating procedure (SOP) on interstate travel for vaccinated individuals.

“Many of those in my department, including myself, have not seen our families who are living in other states since last year.

“Having a clear guideline will help us plan our travel because as uniformed personnel, we cannot take leave whenever we please and we definitely do not want to abuse our authority as frontliners to cross state borders, ” said the 40-year-old fireman, who got his jabs on March 11 and April 1.

Guwi Min Siong, 48, who works as a technician in Singapore, got his first vaccination on April 6, which gave him hope of being reunited with his family in Johor Baru.

“I last saw my family on March 17 last year before the border was closed.

“Having quarantine-free travel would also mean that I can go back to commuting between Johor and Singapore for work, like I used to during the pre-pandemic days, ” he said, adding that he is scheduled for his second vaccine injection on April 27.

The father of two, who has been working in Singapore for 21 years, added that being over there while his wife and children remained in Johor Baru meant more expenditure for him now, compared to the days when he was commuting daily. 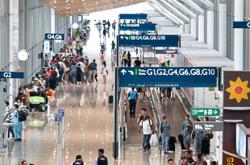 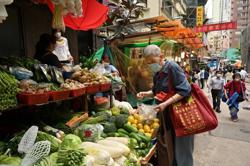