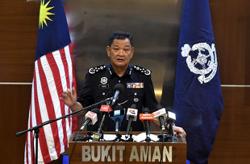 Johor police chief Comm Datuk Ayob Khan Mydin Pitchay said the 34 law enforcement agency officers with links to the "Nicky Gang'' are being investigated and their identities will not be revealed yet.

He added that the police would only take action after investigations have been completed and enough evidence gathered.

Comm Ayob Khan did not rule out more arrests and that the case was being investigated as organised crime.

"We will not call them up for questioning, this is not disciplinary action. Investigations are ongoing and from (investigation) reports and forensic reports, we can see that this case is expanding.I will not reveal their names, just wait for our investigations to be completed, ” he said.

"I will not give this case to the Integrity and Standards Compliance Department (JIPS), which will be my last option," added Comm Ayob Khan at a press conference at the Johor Police Headquarters here on Wednesday (April 14).

Comm Ayob Khan was refuting a report claiming he would reveal the name of the 34 law enforcement agency workers linked to Liow.

Liow made headlines recently after his large-scale money laundering operations and commercial crime cases were finally busted by the police. 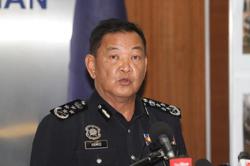 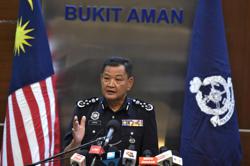