KOTA KINABALU: The Social Security Organisation (Socso) has successfully remitted more than RM1bil to Sabahans last year through the various economic plans announced by the government.

The initiatives were in the form of assistance and financial incentives for employers and employees to continue operating their businesses, remain employed and hire new workers, he said.

“This year, as at April 2, we have managed to see 46,971 people rehired while the number of vacant positions registered by employers has reached 457,753 at this point, ” he said in a statement.

For Sabah, active workers protected under Socso stand at 280,744, and 33,893 for protected employers.

During a career carnival programme here on Tuesday, Mohammed Azman also said the country’s overall unemployment rate rose to 4.8% with a total of 772,900 people without jobs in 2021.

Data obtained from the Statistics Department showed that in Sabah itself, 4,434 people lost their jobs in 2020 and 851 as at April 2 this year.

Out of this number, 1,038 managed to secure jobs from early January to April 2. 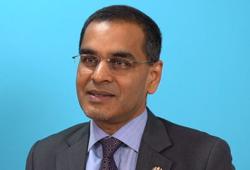