PETALING JAYA: Owing to the ongoing pandemic, Easter mass and services in churches were celebrated under strict Covid-19 standard operating procedure, with many Christians joining in the ceremony online.

Unlike last year when the movement control order prevented mass religious gatherings, the current MCO allowed such gatherings but with limited attendees and subjected to strict SOP.

Among them was St Francis Xavier Church here where worshipers gathered at 8.30am to attend Easter Mass donning facemasks and sitting at marked out areas on the pews to ensure social distancing.The mass, which was led by assistant parish priest Rev Fr Alvin Ho, was also streamed live to allow others to attend the religious proceedings online.

In Melaka, Marina Danker, 55, from the Portuguese Settlement, said her family stayed home and attended the Easter vigil mass online on Saturday night.

“I managed to attend the mass with my son at St Peter’s Church.

“We had to make prior arrangements to do so as only a limited number of worshippers were allowed into church, ” she said.

Danker, who heads the community’s development and safety committee, added that attendees were also required to scan their temperature and register with the MySejahtera app before being allowed into the church.

“We used to hold Easter Mass at the village chapel here but this is the second year it has not been done due to Covid-19, ” she added.

“Prior to the pandemic, more than 20,000 people and tourists would usually gather at St. Peter’s Church on Good Friday and Easter.

“However, this has changed due to Covid-19 and there are worries it will begin to erode centuries-old religious traditions practised by the Portuguese community, ” he said.

He added that several community elders are mulling setting up a Council of Elders to help advise the younger generation in Portuguese Settlement on how to keep their traditions alive.

Among these, he noted, was the role played by the community’s 30-member “Irmaos da Igreja” or Brethren of the Church during specific religious ceremonies held at the St Peter’s Church which was built in 1710. 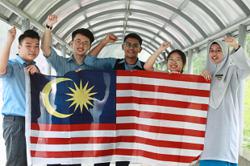 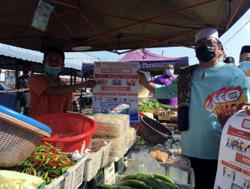