Ex-cop gets death for killing tot 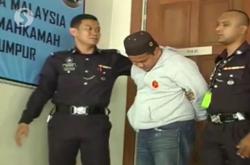 KUALA LUMPUR: A former policeman has been sentenced to death by the High Court here after he was found guilty of murdering his two-year-old stepdaughter six years ago.

Justice Collin Lawrence Sequerah handed down the sentence against Muhammad Khairuanuar Baharuddin, 39, after finding that the ex-corporal’s defence had failed to raise reasonable doubt in the case.

He said it was the court’s finding that the circumstantial evidence in the case had led to the conclusion that Muhammad Khairuanuar killed the victim.

“Therefore, the court convicts the accused under Section 302 of the Penal Code, ” said Justice Sequerah said.

According to the charge sheet, Muhammad Khairuanuar was accused of murdering Hanis Amanda Mohd Zafil at a condominium in Seksyen 5, Wangsa Maju, here, between 7am and 7.30pm on Nov 6,2015.

The charge under Section 302 carries a mandatory death sentence upon conviction.

Muhammad Khairuanuar appeared calm as the sentence was pronounced but two women, believed to be his family members, were seen crying.

The death of Hanis Amanda gripped the nation and her bereaved mother had created a Facebook page under the name “Keadilan Untuk Amanda” (Justice for Amanda).