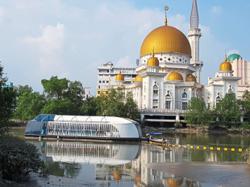 Keeping it clean: The trash interceptor currently being used in the Klang River to catch waste before it reaches the ocean.

KUALA LUMPUR: British band Coldplay has yet to perform in Malaysia but it is about to treat the country to something even greater – sponsoring a watercraft that removes plastic trash from rivers here.

The band has long been proponents of green initiatives and is now looking to stop garbage from reaching the ocean with the Interceptor 005, a machine built by Dutch non-profit organisation The Ocean Cleanup.

“Without action, there could be more plastic than fish in the oceans by 2050, which is why The Ocean Cleanup’s work is so vital.

“We’re proud to sponsor Interceptor 005 that will catch thousands of tonnes of waste before it reaches the ocean, ” the band said in a recent statement.

This will be the second Interceptor to be deployed to Malaysia after the first one was received in August 2019 and placed in the Klang River.

This latest vessel is locally-built in partnership with Finnish firm Konecranes at its MHE-Demag facility in Bukit Raja, Klang, and is expected to catch up to 100 tonnes of trash, especially plastics, daily.

The Ocean Cleanup founder and chief executive officer Boyan Slat said Malaysia is the first to receive the Interceptor 005, which is the first of two produced for series production and the first of a “third-generation” design, to tackle the world’s 1,000 most polluted rivers worldwide.

Also known in production as Neon Moon 1, the Interceptor 005, which is currently under construction, will be completed in mid-2021 and will commence operations soon after, he said in a statement.

According to Slat, plastic waste in the ocean eventually travels to ocean garbage patches where debris naturally accumulates in a vortex of circulating currents.

Since plastic waste can stay in slow-moving whirlpools for years, lack of action to prevent pollution will increase the adverse impact on ecosystems, health and economies.

Since 2019, The Ocean Cleanup has announced its Interceptor solutions for heavily polluted waterways in countries around the world including Indonesia, the Dominican Republic, Vietnam, the United States, Jamaica and Thailand. — Bernama 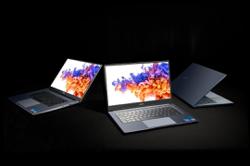 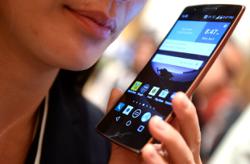