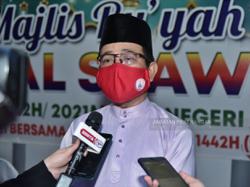 PETALING JAYA: All cemeteries and columbariums should be open for Qing Ming, says MCA.

Its secretary-general Datuk Chong Sin Woon (pic) said the party was willing to bear the responsibility if the management of such sites are slapped with compounds for standard operating (SOP) breaches by the public.

He urged the management of such sites to open to allow people to pay their respects to the deceased in conjunction with the festival which falls on April 4 (Sunday).

“MCA urges the management of cemeteries and columbarium sites nationwide to cancel any plans to bar the entry of members of the public from fulfilling their ceremonious duties and obligations.

“To alleviate possible concerns, MCA vows to take full responsibility for any fines imposed on the management due to standard operating procedure breaches by the public, ” he said in a statement on Monday (March 29).

He added the National Unity Ministry had already indicated that if the public were found to have violated the SOP at cemeteries, only the individuals would be fined, and not the management.

“Since the National Unity Ministry has given its assurance, this brings relief to the management of cemeteries and columbariums to open up their gates for the public to fulfil their duty of paying respects to their ancestors.

“If any cemetery and columbarium management is slapped with a fine due to actions by the public, please contact MCA immediately, and we will definitely provide the necessary assistance to resolve the issue, ” he said. 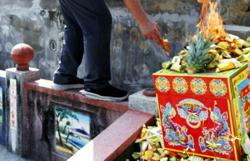 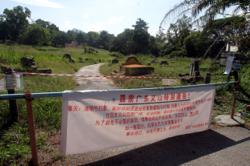