ALOR GAJAH: No threat of bird flu (H5N8) has been detected in Malaysia during the migration of birds of prey (raptors) from the southern hemisphere which has been underway since early March, says Malaysian Nature Society president Prof Dr Ahmad Ismail (pic).

Although there were cases of bird flu detected in Algeria in February due to the migration of the birds, Malaysia is, however, so far safe from the threat.

“In Malaysia, the migratory birds that often come to the Straits of Malacca in March are different from the birds that migrate to parts of Africa.

“However, the birds that migrate here face a habitat threat, especially in the mangrove swamps affected by the oil spill which occurred last October that has not been fully cleaned, ” he said in Tanjung Tuan yesterday.

In February, Algeria declared a state of emergency after the World Organisation for Animal Health announced an outbreak of bird flu that hit the eastern part of the country.

Algerian Agriculture Minister Abdelhamid Hamdani was quoted as saying that the source of the virus was detected from birds that migrated, with the outbreak in the town of Ain Fakrounm.

Prof Ahmad, who is a lecturer in ecotoxicology and wildlife ecology at the Department of Biology, Faculty of Science in Universiti Putra Malaysia, said monitoring for the possibility of bird flu should be continued from time to time to prevent it from happening.

So far, about 15,000 birds of prey were detected over the past 10 days with the group of birds inhabiting the mangrove swamps along the Straits of Malacca, he added.

In winter in the northern hemisphere, when food resources in breeding areas decline, raptors will migrate to the warmer south because food is more readily available.

Among the birds of prey that often migrate to the Straits of Malacca every March are the Oriental honey buzzard, black baza, Japanese sparrowhawk, Chinese goshawk, brahminy kite and gray-faced buzzard. — Bernama 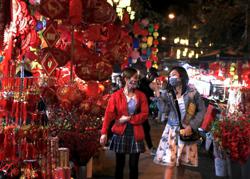 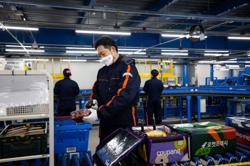 Sabah govt appeals for donors to fill depleting blood banks
Umno will not push for snap GE if Covid-19 situation not good, says Tajuddin
Ismail Sabri: 332 arrested for SOP violations on Friday (May 7)
Health DG: Saliva-based Covid-19 tests available to the public soon
Penang cops arrest 15 youths at house party, drugs worth RM1,900 seized
Covid-19: All premises listed in HIDE system must close for three days
MCO to be imposed in Kuantan, several districts in Penang and Perak
Health DG: Covid-19 cases will surpass 5,000 daily by end May – unless Malaysians do their part
Number of self-employed making Socso contributions has doubled since 2019
Covid-19: Spike in cases of youths showing severe symptoms