Battle is on to keep the tills ringing 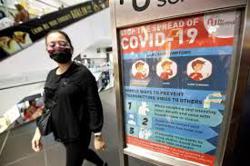 Chock-a-block: The road leading to Sunway Pyramid in Petaling Jaya is packed with vehicles.

PETALING JAYA: Revenge spending may be on the cards for many retailers as crowds head back to shopping malls with the reopening of most economic sectors.

Clearance sales, special offers and the lifting of the inter-district travel ban are boosting business recovery for the retail sector after about a month of closure due to the second movement control order.

The Malaysia Retail Chain Association (MRCA) noted that restaurants and retail shops in shopping malls have seen improved traffic over the weekend.

“Retailers are on a recovery mode and are taking all steps and avenues to generate any possible income and are revisiting their current business model to attract customers, ” said its president Shirley Tay.

“The conditional MCO has brought some relief to retail businesses but the extent of recovery is limited due to the interstate travel ban, especially for businesses that rely on the domestic tourism sector.

“The increase in the number of vehicles on the road is a good sign as it indicates that the local economy is moving and people are starting to spend money.

“Due to the lukewarm retail sales performance in January and February, many businesses are flushing their Chinese New Year inventory via clearance sales and marked down offers.

“For the restaurant business, value set meals and packages are being offered to entice patrons back to their premises, ” she said.

Tay said with the reopening of a majority of economic sectors, the challenge was to ensure everyone, businesses and public alike, work together to keep the number of Covid-19 cases under control.

“Together with our colleagues in Industries Unite, we urge everyone to continue to adopt high level compliance to the standard operating procedures, ” she said.

However, for seasonally adjusted volume index, it increased by 2.2% against December 2020.

Business controller of one of Malaysia’s retail chains Mohd Zulhilmi Abd Aziz said there was significant improvement in customer footfall at shops after the ban on inter-district travel was lifted.

“There is a positive growth of about 30% to 40% compared to when the MCO was imposed.

“However, the growth is a bit slower compared to the recovery MCO period last year, ” he said.

Zulhilmi noted that businesses were facing challenges in driving sales as people’s financial stability had been disrupted due to the prolonged Covid-19 pandemic.

“This is causing the people to limit their spending. Our hope is that there will be more stability moving forward and the government will help offer tax rebates or one-off payments to increase the people’s spending power, ” he said.

Zulhilmi noted that with the reopening of entertainment businesses, those in the same industry as well as other retail businesses could benefit from the increase in customer footfall.

He added that businesses were also looking forward to the Hari Raya season which will help clear stock which had been unsold for almost a month due to store closures during MCO 2.0.

A representative from Malaysia Retailers Association (MRA) said the implementation of the conditional MCO had allowed retail businesses to recover.

“Although there is a lot of work to do in terms of getting businesses up and running again, the conditional MCO has definitely allowed retailers to breathe a sigh of relief.

“Prolonging the MCO has been very stressful for us and we now pray that a similar MCO will never return, ” he said.

He said MRA was committed to working with the government in ensuring that SOP requirements are strictly adhered to but has urged for clarity on the interpretation of rules.

“The speed of the vaccination exercise will also play a major role in helping our members operate confidently as being frontliners interacting with thousands of people on a daily basis could impact confidence.

“The reality is the retail subsector is a significant GDP contributor, employing thousands of people and we would therefore call upon the government to pay specific attention to help it get up and running at the soonest, ” he said.

Bumiputera Retailers Organisation president Datuk Ameer Ali Mydin said the implementation of conditional MCO in most states had given people more confidence to go out and it had helped sales increase tremendously by about 60% to 70% to pre-pandemic levels.

“Confidence levels have gone up because of the reopening of schools and the conditional MCO.

“However, with the very strict arbitrary enforcement of SOP seen by the customers, we are concerned that the positive business sentiment may change, ” he said, adding that the government should come out with a transparent review of the fines for each offence.

He said retailers were now doing their best to bring in customers, especially for the Ramadan and Raya period, and expressed hope that the momentum would stay.

“I feel that the government should not open up interstate movement yet and wait for Covid-19 cases to reduce further, ” Ameer said, adding that he hoped by doing so, the government would allow interstate travel when it was safe and in time for the Raya season.

People starting to throng the malls once again