ALOR SETAR: Pictures and videos of a dog being shot and killed by a man using a bow and arrow have gone viral here, and animal activists are calling for action to be taken.

The Animal Action Team organisation (AAT) said the man should be tracked down and arrested for his act.

AAT said it was uncalled for to deal with stray dogs using dangerous weapons.

"The problem with strays should be addressed by local authorities and following set by-laws," it said in a statement on Saturday (March 13).

AAT also said the perpetrator could be charged under the Arms Act 1960, the Animal Welfare Act 2015 or other appropriate laws. 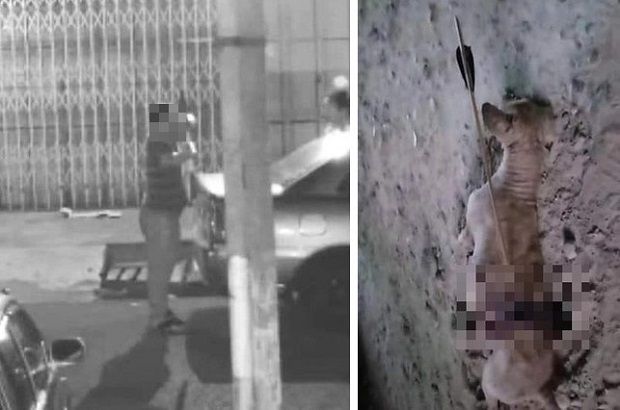 Several images and footage from CCTV have gone viral, showing a man shooting the dog with a bow and arrow and killing it on Lorong 3, Seberang Jalan Putra in Alor Setar, Kedah.

A police report has been lodged in Alor Setar.

The video shows the man taking out the bow and arrow from the back seat of a car and shooting the dog as it relieves itself about 3m away from him.

The dog runs off after the arrow hits it on its side.

The incident is believed to have happened on March 11.